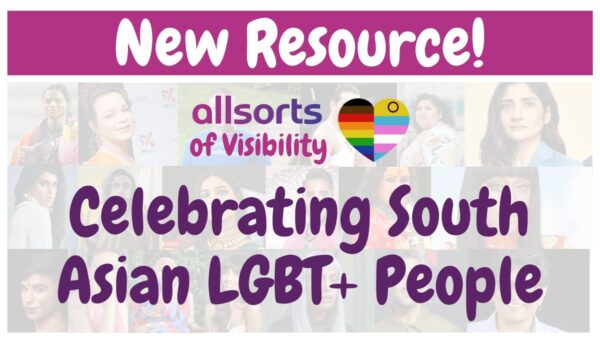 One of the challenges many people may face when growing up as LGBTQ+ is that they are not presented with many or any positive LGBTQ+ role models in their immediate proximity, or in mainstream culture. Those with intersecting or mixed marginalised identities are often most misrepresented or non-existent in mainstream culture and this is particularly true for LGBTQ+ people of colour

When outlining the project, creator and lead curator of Allsorts of Visibility, Marquita, said: “To me, it’s about representation, visibility, positivity, empowerment and normalising our presence. Plus, showing diversity within PoC communities, because we are not a monolith.”

To find out more about Allsorts Youth Project’s specialist LGBTQ+ youth services, CLICK HERE, or support their work with a monthly donation.