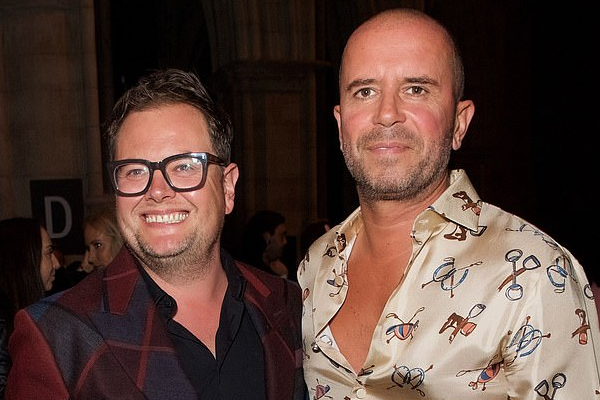 Alan Carr, RuPaul’s Drag Race UK judge and comedian, has confirmed his split from husband Paul Drayton after 13 years as a couple.

Alan, who shares his spot on the Drag Race UK panel with Graham Norton, announced the news in a statement earlier today:

“After 13 years as a couple and three years of marriage, Alan Carr and Paul Drayton would like to announce they are separating,” a spokesperson confirmed (via OK!).

“They have jointly and amicably made the difficult decision to divorce and go their separate ways. We request that their privacy is respected at this sensitive time.”

Alan and Paul tied the knot after 10 years together back in 2018, with Alan’s close friend Adele acting as the couple’s celebrant.

Although Alan has not yet commented on the news, Paul thanked followers on social media.

Alan Carr will return to screens next month when RuPaul’s Drag Race UK Versus The World premieres on BBC Three. The show will see nine queens from across the show’s numerous international spin-offs battle it out to be crowned the first Global Drag Race Superstar.