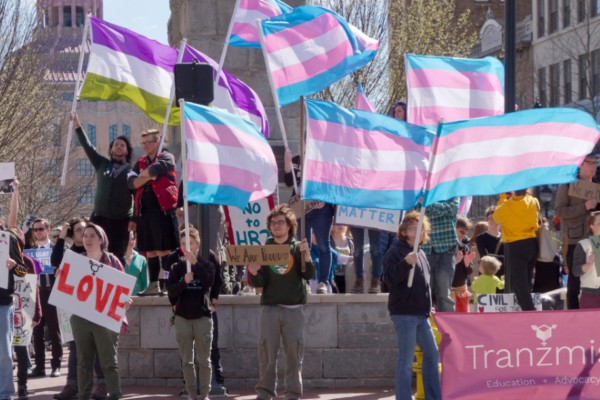 Lawmakers in Alabama, US, are constructing a bill which will prevent young trans people under the age of 18 from accessing puberty blockers. According to local news outlet, Al.com, legislative sessions for the so-called ‘Vulnerable Child Compassion and Protection Act’ are due to start on February 2, with heavy backing from state representative, Wes Allen who said: “These kids that are suffering from that psychological disorder, we need to treat those patients and those kids and try to help them and not give them these powerful drugs.”

The bill, which would also prohibit transitional surgeries on trans youth, was proposed by Allen in collaboration with senator Shay Shelnutt, who suggested similar laws last year but the process was interrupted by the Covid-19 pandemic. Allen said he does not believe in transitioning: “I have a biblical worldview that we’re all made in the image of God and there are only two sexes, male and female. And I believe in science, I believe in biology, and when a person is born male, they’re male. When a person is born female, they’re female.”

Similar laws preventing young trans people from accessing puberty blockers were recently passed in the UK, causing disappointment for many trans and gender diverse people. The new regulations came about when Kiera Bell, 23, brought action against The Tavistock and Portman NHS Trust (which houses the Gender Identity Development Services/GIDS) after taking puberty blockers at age 16, before later detransitioning in her early 20s. Many have expressed deep disappointment at the court judgement, with trans advocacy organisation, Mermaids, describing it as a “devastating blow” and a betrayal of young trans people.