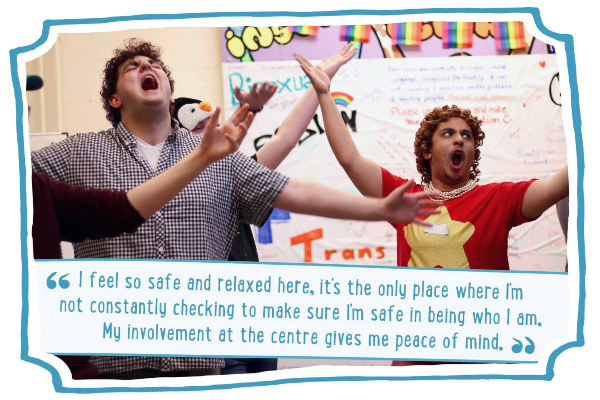 Europe’s first purpose-built LGBTQ+ facility, built in 1988 on Sidney Street in Manchester, is soon to be demolished to make way for a new £2.4 million redevelopment; a three-story, state-of-the-art centre for LGBTQ+ people in the North West.

The centre is managed by the Proud Trust, a charity that empowers LGBTQ+ young people to make positive changes for themselves and their communities through training, research, youth groups, youth work networks and campaigns such as the Rainbow Flag Award – a quality assurance framework for schools and colleges focussing on LGBTQ+ inclusion.

Sally Carr MBE, Director of the Proud Trust who began her journey with the charity in 1989 as a youth worker, said: “Our home on Sidney Street was built 30 plus years ago, it was Europe’s first purpose-built LGBTQ+ centre that is still open and functioning today. Whilst it was pioneering at the time, so much has changed since then; in the numbers of people using the centre, how they access our services, as well as attitudes towards the LGBT+ community from the majority of society.”

Twenty regular groups currently run out the LGBTQ+ centre with over 17,000 visits from people each year. It’s estimated that this will rise to around 50,000 visits per year with the expansion of the new building, allowing the Proud Trust to work with even more people in need – including those with addictions, people fleeing from abuse, those at risk of becoming homeless and many people who suffer from acute loneliness.

For more information on the Proud Trust, view: