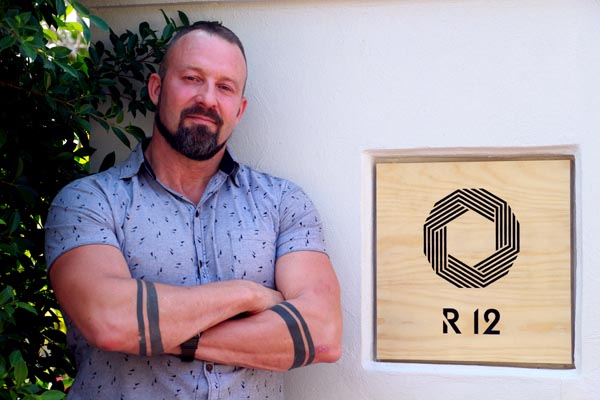 OVER the last 100 years LGBT+ communities have experienced repression, negativity, marginalisation and cruelty in many forms and while we have achieved much with marriage equality and gay rights there is still a very long way to go in most countries.

Despite the adversity that we have encountered, some believe that it is because of this that many members of the community have become stronger, more aware, empathic and empowered than our predecessors.

But what were some of the significant moments over the last century that have led us to a place where we could even suggest that things are better for LGBT+ people?

Looking first at LGBT people in concentration camps during the First World War; gay men suffered unusually cruel treatment, they faced persecution from German soldiers and other prisoners as well, many were beaten to death. They were forced to engage in heterosexual sex acts as a form of conversion therapy and kept isolated so as not to spread homosexuality. When the war ended LGBT+ people were incarcerated once again.

Fortunately, things did improve after this but very slowly. Despite Alan Turing being one of the important factors that brought about Hitler’s demise, he committed suicide in 1952 because homosexuality was a crime and he was prosecuted for gross indecency.

In April 1952 The American Psychiatric Association’s diagnostic manual still listed homosexuality as a ‘sociopathic personality disturbance.’ Then in 1961 Illinois became the first state to decriminalise homosexuality by repealing sodomy laws.

The Stonewall Riots in 1969 started the protests that led to the gay civil rights movement. After the riots the Pride March Phenomena began with New York City and the Christopher Street Liberation Day on June 28, 1970. This event marked the first LGBT Pride march in US history, covering 51 blocks to Central Park.

In 1978 Harvey Milk was inaugurated as a San Francisco city supervisor, he was the first openly gay man to be elected into political office in California. That year Harvey Milk was murdered and became a symbol of pride and hope for the LGBT community and the first rainbow flag was stitched together.

In 1997, Ellen DeGeneres came out on TV and appeared on the cover of Time magazine. She was supported by the nation and she still presents her very successful TV show.

The Federation of Gay Games began in 1982, they were created to foster and augment the self-respect of lesbian, gay, bisexual, transgender and all sexually-fluid or gender-variant individuals (LGBT+) throughout the world. The goals were to promote the spirit of inclusion and participation.

Since 2009 Iceland and Belgium have had LGBT+ Prime Ministers and currently there are three world leaders leading their governments: Luxembourg Prime minister Xavier Bettel, Ireland’s Taoseach is Leo Varadkar, Serbia’s Prime Minister is Anna Brnabic. Currently Pete Buttergeig in the USA is campaigning for the title of President of the United States.

Gay rugby union player Mark Bingham died in the September 11 attacks, The Bingham Cup was set up in his memory and now more than 30 teams compete in this event bringing LGBT+ people together in healthy environments for sporting competition.

Despite the progress all over the world we still have setbacks. Recently in Brunei The Sultan demanded stoning of anyone found to be engaging in sodomy or adultery (Syariah Penal Code Order). All over the internet images were broadcast of how this penalty would be carried out; the protests and condemnation from the rest of the world and the boycotting of the Sultan’s luxury hotels made him reconsider this action and put a moratorium on the death penalty.

The journey to 2019 for LGBT+ communities has been a long, exhausting and painful one for millions. LGBT+ teens and adults are still killing themselves, experiencing mental health problems and drug abuse, addiction and stigma from their environments, but they are also becoming more intelligent, more courageous, more empathetic, more authentic, more self-aware, more resilient, more creative and more powerful than ever before.

Forty years ago not a single LGBT+ residential rehab existed in the world and today there are at least five designated residential rehabilitation facilities specifically for LGBT+ people and a vast number of IOP’s and LGBT+ community and outpatient programmes and many community centres that service the LGBT+  populations of many large cities around the world.

Things are getting better for our community with 21 countries now celebrating marriage equality, with Taiwan becoming the first Asian country to campaign for and achieve this.

Through the adversity the LGBT+ community has faced and the individuals within it that we have not only given ourselves the opportunity to become stronger, more empowered people but in many of these situations we have also given permission to others to become more resilient and to have hope for a meaningful and enjoyable life.

One of the great things about working with the LGBT+ communities in psychotherapy over the last 15 years is seeing individuals striving to find themselves and to become more liberated, more courageous and more self-aware. I think that many LGBT+ people see that we now have many rights especially in Western countries including marriage equality and we see that that HIV is under control, that we are safer in many ways then we’ve been before.