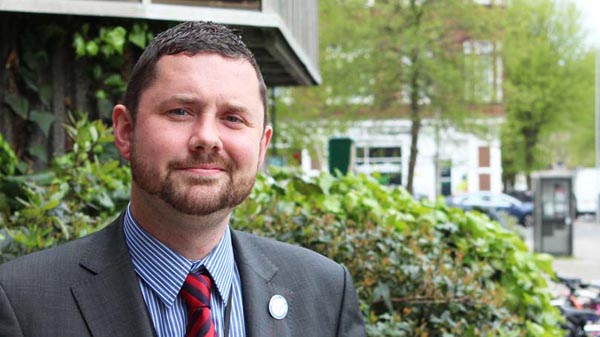 Greens call for commitment to protocol for fairer debt collection, as Universal Credit continues to bite.

GREEN councillors in Brighton & Hove have urged the Labour run Council to commit to making debt collection fairer for those struggling on low incomes across the city.

Concerns about the impact of debt on vulnerable households have risen since the introduction of Universal Credit, a new welfare benefit change that has left many in the city struggling with debts.

Under Universal Credit, individuals falling into arrears could see their benefit reduced by up to 40% in order to pay off debts or bills such as Council Tax or rent, a change that Citizens Advice say has contributed to destitution amongst local claimants.

Prior to the roll-out of Universal Credit, the amount that someone could see deducted from their benefit payment was capped at 5%.

Amid fears that the further roll-out of Universal Credit could lead to greater numbers of evictions as residents struggle to manage their debts, Convenor of the Green Group, Councillor Phélim Mac Cafferty has pushed the Council to consider signing up to a new Council Tax Protocol developed by national organisation Citizens Advice.

The protocol outlines 27 measures Councils can adopt to minimise the impact of debt collection, including reducing bailiff usage and developing clear policy on how to support residents in vulnerable circumstances.

In response to the request from Councillor Mac Cafferty, Labour Council Finance Lead Councillor Les Hamilton confirmed that the Council would consider becoming a full signatory of the Council Tax Protocol.

Councillor Phélim Mac Cafferty commented: “Relentless Conservative Government austerity is seeing our residents facing unprecedented levels of debt as they deal with cuts to welfare benefits, with many on low incomes really struggling. Greens warned two years ago that the roll-out of Universal Credit would be a disaster leaving many in spiralling debt and we have sadly been right. The latest report to the Council on Universal Credit shows it is already a key factor in the rise in homelessness and food bank usage in the city. In the face of this it is clear that the Council has a responsibility to support those in difficulty.

“I have been shocked to learn that under the changes, people may see their benefit reduced by as much as 40% in order to pay off council tax bills arrears – a frightening outcome for those already living in poverty. I find it deeply concerning to think that letters about Council Tax debt collection could add to this distress, and lead to bailiffs, or worse. I welcome news that following my request, the Labour Council has indicated they will look in to adopting the Council Tax Protocol which has been written by Citizens Advice and the Local Government Association. The protocol is important because it sets out a number of ways our council could collect debt fairly from some of our most marginalised residents.

“Greens are also repeating our call for changes to the Council Tax Reduction scheme, so that those already in poverty have the option of a Council tax discount. The fallout from this cruel benefit change shows no sign of abating so the Labour Council needs to show it is prepared to stand up for those most severely affected and improve how it helps and approaches people in debt.”