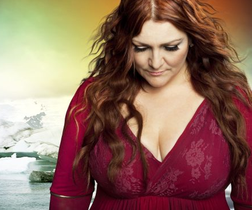 Rainbow Reykjavik the LGBT winter festival held in Reykjavik from January 31– February 3, 2013, has announced an outstanding programming of events including entertainment from Iceland’s top Eurovision stars, who will be appearing in the magnificent Harpa Concert Hall.

Some of Iceland’s most celebrated Eurovision icons will be performing on Friday February 1, providing a Gala night with something for everyone, including power ballads, disco beats and wild techno.

Two of the top acts confirmed for this year’s concert are Hera Björk (2010) and Paul Oskar (1997). Both have enjoyed international success following their participation in Europe’s most watched TV show and Britain’s ultimate guilty pleasure, the Eurovision Song Contest.

Other Icelandic Eurovision contestants will joining them on stage to perform their own songs as well.

In addition to this ultimately camp extravaganza, The Rainbow Reykjavik programme of events, includes tours to see the northern lights, geysirs, waterfalls and the great continental divide where the plates of Europe and the USA meet.  Great meals and dance parties are schedules as well as pure wellness and relaxation in the world famous geothermal spas.

A three night Rainbow Reykjavik package with accommodation at Icelandair Hotel Reykjavik Marina costs from £926 per person including breakfast, airport transfers, selected meals and events and return flights with Icelandair from London Heathrow to Reykjavik departing on January 31, 2013.

For further information on Rainbow Reykjavik and what the package offers, view: