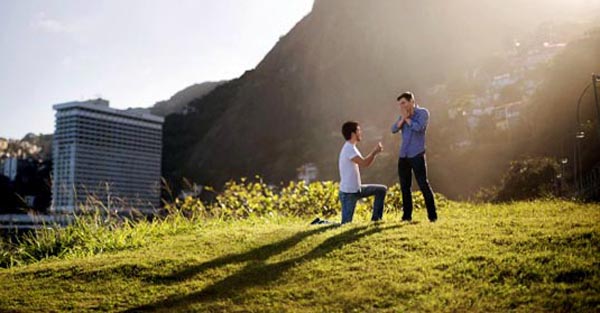 A new survey by LGBT friendly travel service OutOfOffice.com and Attitude Magazine reveals that 61% of LGBT people would not travel to a destination where homosexuality is illegal.

The online survey, however finds that 60% of travellers do not want to be restricted to LGBT friendly destinations only, rather wanting freedom to travel to any destination.

Former ITV News journalist and founder of OutOfOffice.com Darren Burn, said: “It’s clear that there is still a lot of trepidation when it comes to choosing where to travel as an LGBT individual. Whilst there are parts of the world where it’s dangerous to be LGBT, there are also parts of the world that outlaw homosexuality but that with the proper advice it is still safe to travel to such as India and the Maldives.”

“The law is developing all the time and it’s important that LGBT travellers seek expert advice before travelling to certain destinations,” said Burn. “I set up OutOfOffice.com in order to help provide up-to-date information and to build complex itineraries for the LGBT community. We’re always happy to offer advice free of charge too for anyone who has concerns.”

Homosexuality is illegal in over 70 countries worldwide and many countries still do not have equal employment, marriage or adoption rights.

OutOfOffice.com has partnered with Equaldex to provide the most up-to-date information anywhere on-line about the existing laws relating to LGBT rights in any country. Each page of the site offers advice and relevant information regarding the law.

Other findings from the survey included:

♦   52% of respondents travelled in a couple whilst 21% travelled solo
♦   64% of those surveyed said that they would take up to 2 holidays in Europe of a week or more in the next year whilst 56% said they would do the same worldwide
♦   Paris was the most popular city people expected to visit in the next 12 months, with Barcelona and Amsterdam next on the list
♦   Internationally, New York was the most visited destination with Los Angeles, Las Vegas, Miami and Thailand next
♦   The majority of respondents (82%) opt for a beach holiday or one which involves culture, history and heritage with 58% saying they enjoy nightlife and clubbing
♦   43% of respondents book a holiday between three to six months in advance with 26% arranging their trip over six months ahead of travelling