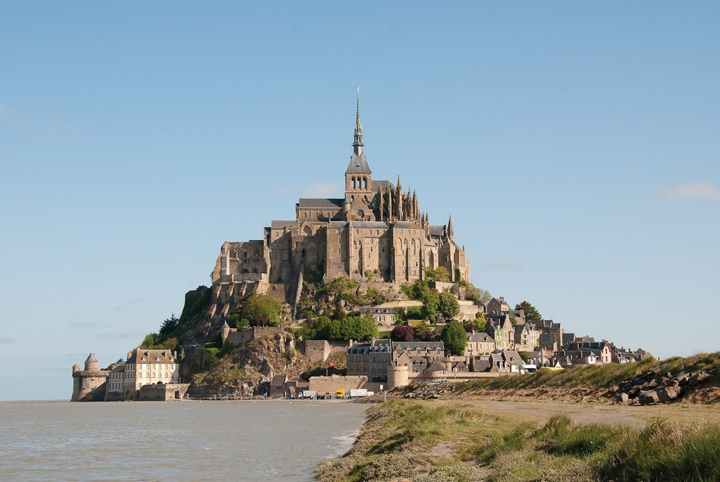 We love France, mainly because it’s the nearest ‘foreign’ country and only a few hours by ferry from Newhaven. I’ve been going to Normandy, which is the region directly opposite Brighton for longer than I care to remember – well the first time was 1962, I was very young.

It remains my favourite part of north western France with Dieppe being one of the prettiest ports on the coast; a contrast from Newhaven, which will never be called pretty or even attractive.

Rouen, the capital of Upper Normandy, is a lovely city which we have visited many times and never get tired of. Last year I was asked to take a look at the town Forges-les-Eaux, which I had never heard of and which is not far from Rouen. At just 35 miles south east of Dieppe, the town has just opened a major new hotel with a casino attached.

Never one to decline an invitation we boarded the good ship Côte d’Albâtre in Newhaven in mid-August, along with 546 people of which 144 were children. Those sweet little Henrys and Hermiones certainly made their presence felt. Their yummy mummies and dishy daddies were far too busy discussing the route to their houses in the Dordogne and sipping Sauvignon to bother with ‘les enfants’. But it was only three hours twenty minutes before we were off the boat and en route to Upper Normandy.

Forges-les-Eaux was originally a Roman mining settlement and a local Lord apparently accompanied William to Hastings in 1066. The town today is completely unspoilt, its 4,000 inhabitants preferring the quiet rural life, commuting to Paris or Rouen for work. It has a chateau, three small museums and a couple of churches. It really is very quiet; we walked down the main street on a Sunday evening and felt that we should speak in whispers.

From here in the south east of England, Normandy is easier to get to than say Cornwall. I had never really explored this area, it is quite beautiful. The countryside is similar to Sussex but in many ways quite different. Straight roads run through lush green gentle hills populated by millions of cows, this is dairy country. Being a city boy I was amazed to turn a corner and see a cow actually giving birth right before our eyes. We had seen this on TV but seeing it literally in the flesh was a great experience. We quietly stopped the car and watched as the calf was born – it was one of those moments you never forget.

There are hundreds of tiny quiet villages throughout rural France. We later discovered that a few we drove through, including the perfect village of Gailefontaine, have been labelled as some of the most beautiful villages in the country by the National Tourist Authority. We also discovered that the road we were cruising along is listed as being one of the most beautiful detours in France. We didn’t even look at a map but just enjoyed the beautiful scenery. Coming as we do from the bustling south east, driving along a country road and seeing no traffic was a very pleasant experience. You could drive for hours and be quite relaxed as there were no trucks or angry commuters in a hurry.

There has been a casino in Forges since the 19th century; after a fire it was rebuilt and reopened in 1902 designed in typical French rococo style. Adjoining the casino is the very modern hotel, imaginatively named the Forges Hotel. It sits in a stunning 27 acre park including a big lake with rowing boats and lovely woodland. As the building is so new it hasn’t yet fully settled into its surroundings though time will mellow it and the trees will grow, but that could be said for any new building. The hotel itself is way above its three star rating. We had a large room, as big as the average one bed flat, with all the usual facilities: enormous bathroom and free WiFi. There was even a small terrace. The large bar and restaurant is very popular with the locals and being only two hours from Paris many visitors come from the capital. Of course there is a spa with all the usual therapies and a reasonable pool.

Forges-les-Eaux is lovely little medieval town, ideal for a weekend of peace and quiet. You really are in the heart of rural France and they really only speak French, bon journeé!