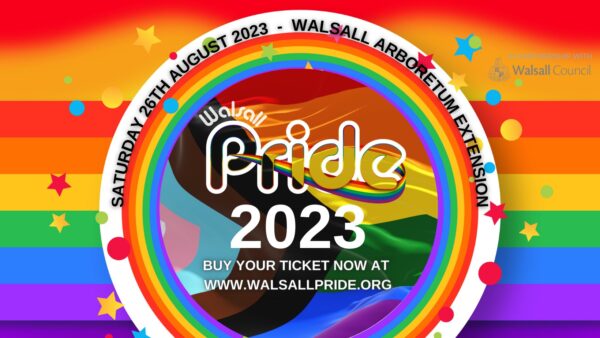 In 2022, Walsall Pride was held, for the first time, in the town’s arboretum allowing for their biggest event yet with several stages including a main stage, cabaret tent, and dance area. In 2023, Walsall Pride will return to the arboretum over the August bank holiday.

There are also concession prices for each of these release stages, which are available for young people aged 12 to 17, over 65s, and disabled people and their carer. Free tickets are also available for children aged 11 or younger, with a maximum of three free children’s tickets allowed, attending with one paying adult. Visit Walsall Pride’s website for more information and to book tickets.

For those hoping to join Walsall Pride as a trader, applications for stalls are already open to market traders, craft stalls and food stalls to register their interest via the Google form.