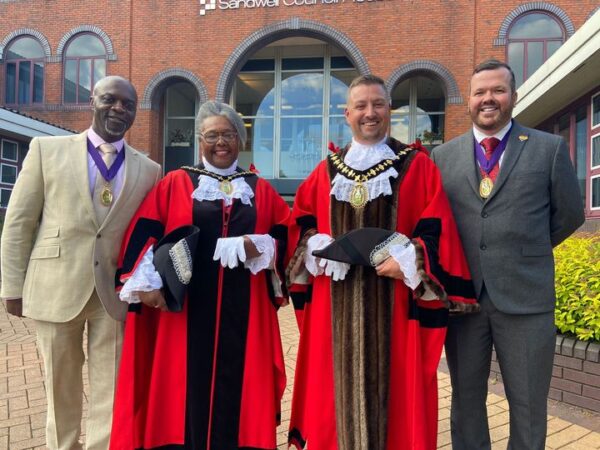 Talking to the Express and Star, Richard Jones, of the Old Warley Ward, said “What a momentous occasion it is for Sandwell having just elected its first openly gay Mayor. I am extremely proud and honoured to become the Mayor of Sandwell along with my consort, my partner, Councillor Richard McVittie. It is especially poignant that this is happening 50 years after the first Pride protest.”

What’s more, he is also excited to announce that during his mayoral year, he will be supported by the first black African Caribbean woman in the role of deputy mayor, Councillor Jackie Taylor.

Councillor Jones explained: “I would like to thank those councillors and minority community group members who have come before me – spearheading inclusivity, equality and diversity.

This new mayoral team will be raising money for St John’s Ambulance, the LGBT+ in Sandwell Community Group, and New Beginnings Baby Bundles. Anyone interested in donating can email mayors_parlour@sandwell.gov.uk.