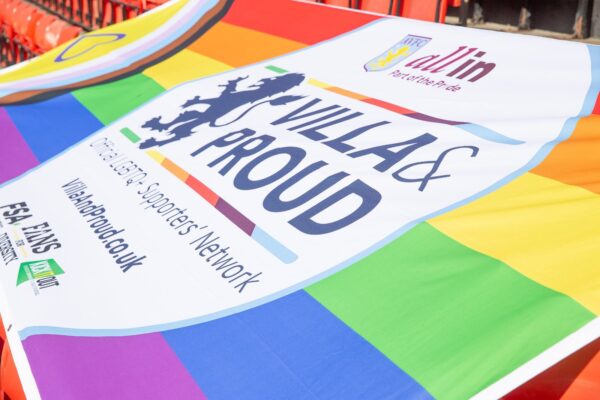 A survey conducted by Villa & Proud – the official LGBTQ+ supporters’ network for Aston Villa Football Club – has found that 80% of its members will not be watching year’s World Cup in Qatar.

The survey, which took opinions from roughly 20% of their 550 members, also found that 88% would not attend the World Cup even if they were offered free accommodation and tickets to do so, while 52% were unsatisfied with the FA’s role in LGBTQ+ equality.

In a press release, the network also revealed that when “asked how members felt that the tournament was impacting them personally, nearly 90% answered negatively, raising huge concerns about the effect that this tournament is having on an LGBTQ+ person’s mental health.”

Steve Lovell, Club Secretary at Villa & Proud, said: “We conducted this survey to give our members a voice and to make people aware of the real conflict that this tournament is causing for LGBTQ+ football fans. Football is what unites us and brings our network together, no matter a person’s sexual orientation, gender, race, religion, or disability. However, this tournament is having the opposite effect.

“It’s alienating a huge portion of the footballing world’s fan base, denying people the opportunity to enjoy what is supposed to be the highlight in every football fan’s calendar.”

Christopher, a Villa & Proud member, also commented on why they cannot support this year’s World Cup: “While I’m a heterosexual CIS male, I couldn’t visit or partake in an event held in a country that marginalises people and carries out extreme acts of violence due to their sexuality and identity. I have so many friends in the LGBTQ+ community and supporting this event would feel like I wasn’t supporting or caring for them and their feelings and needs”.

In response to their survey outcomes, Villa & Proud has announced a series of virtual and in-person member events to support its network over the next four weeks.

To find out more about Villa & Proud or to become a member, CLICK HERE