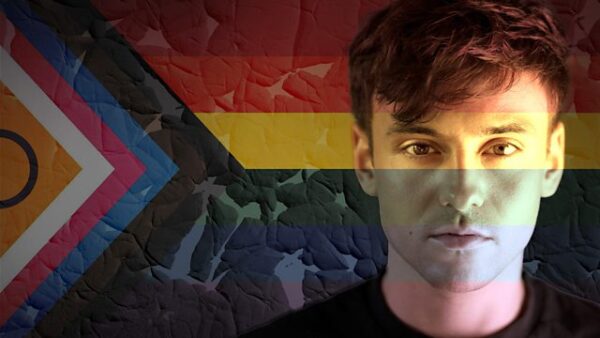 With punishments including whipping, life imprisonment and even death, it is illegal to be gay in over half of the 56 member states of the Commonwealth.

An important new film, shown last night on BBC One, Tom Daley: Illegal To Be Me follows Olympic gold medallist and double world champion Tom on his journey to some of the Commonwealth’s most homophobic countries to ask what the sporting world can do to help. The film culminates with Tom taking a very public stand at the opening ceremony of Birmingham 2022, in a powerful statement against homophobia.

Travelling from Pakistan, where homosexuality carries a maximum penalty of death by stoning, to Jamaica, where the punishment is 10 years’ imprisonment with hard labour, Tom talks to top male and female sportspeople facing persecution.

With many speaking under the protection of total anonymity, they bravely reveal the extreme danger and vigilante violence that gay and lesbian athletes face if their sexuality is exposed, telling harrowing personal stories of their own.

As Tom builds a painful picture of life for the LGBTQ+ community across the Commonwealth, he speaks to advocates fighting for change, including the only openly gay athlete on Jamaica’s national team, Michael Gunning, India’s first openly gay athlete, Dutee Chand, and swimmers Theresa Goh and Amini Fonua, both vocal supporters of LGBTQ+ rights in Singapore and Tonga.

Tom also meets LGBTQ+ experts, Bisi Alimi from Nigeria and Carla Moore from Jamaica, who reveal the colonial legacy that first criminalised homosexuality and the toxic influence of slavery on attitudes towards LGBTQ+ people.

Drawing on his own experiences competing in countries where it’s illegal for him to exist and the experiences of those he meets on his journey, Tom asks what the Commonwealth Games Federation could do to make athletes feel safe to compete and help push for wider change.

Returning to the UK, Tom submits a manifesto of action points to the Commonwealth Games Federation, written with contributions from LGBTQ+ people across the Commonwealth, in an effort to create meaningful, long-lasting change that ensures major sporting competitions are open to, and safe for, everyone.

With the eyes of over a billion people watching, and after months of painstaking negotiations, Tom walked into Alexander Stadium last month as a final Batonbearer in the prestigious Queen’s Baton Relay. He was accompanied by some of the athletes and advocates he met on his journey, in a ground-breaking televised moment of visibility and acknowledgement for all LGBTQ+ people.

Tom Daley says: “I’ve experienced homophobia all my life, competing in countries where it’s illegal to be me and where I don’t feel safe to leave the venue I’m competing in.

“If I feel like that as a privileged man, I can’t imagine what day-to-day life is like for LGBTQ+ people around the Commonwealth.

“So along with some of these inspirational people, we’re working on a campaign that we wanted to be more than just something you see in a documentary that you watch for an hour and then move on. We wanted it to be something that actually makes a difference.

“LGBTQ+ athletes must be safe and feel comfortable being their authentic selves without fear of persecution or death. The Commonwealth Games Federation has been willing to talk and willing to hear what we have to say, and it’s good to see they’ve started taking a stance towards more inclusion. Along with incredible LGBTQ+ people around the Commonwealth, we will make a difference.

“The Commonwealth Games Federation can be a shining example to other sporting organisations that sports really can be for everyone and with the pull power sports has, we can hopefully influence change to horrendous human rights laws that exist in so many countries around the world.”

Tom Daley: Illegal To Be Me was shown on BBC One on Tuesday, August 9 and is also available on BBC iPlayer.