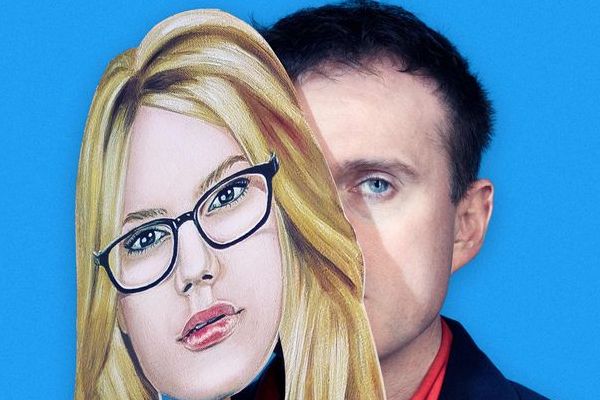 Titania McGrath is a fiercely opinionated social justice warrior on Twitter (with 649.1K followers). She declares herself to be many things: “Activist. Healer. Radical intersectionalist poet. Nonwhite. Ecosexual.”

There is a twist, however: Titania McGrath isn’t real. She is the monstrous creation of Andrew Doyle, a writer and comedian who hosts Free Speech Nation on GB News. We caught up with him to discuss Titania and her upcoming appearance in Brighton.

How do you think the woke movement differs from the social justice movements of the past?

The key difference is that social justice movements throughout history have been progressive, whereas the woke movement is regressive. It simply borrows the language of progressivism in order to promote its illiberal and divisive ideas. In this sense it is unprecedented.

The luminaries of the great civil rights movements of the twentieth century understood that free speech underpinned all other freedoms, and sought to achieve equality for all irrespective of race, gender or sexuality. The woke movement, on the other hand, seeks to undo these achievements and sees people first and foremost according to their racial or sexual demographics. In this, they have a lot in common with the far right. They are two heads of the same beast.

Does the woke movement have an origin story?

Yes, it originates from the various offshoots of postmodernism that grew out of the French poststructuralists of the 1960s. This is why social justice activists often talk of ‘power structures’ in society, or the way in which language ‘normalises’ certain modes of behaviour or thought. They believe that controlling the way people speak is important because they see language as the way in which our understanding of reality is constructed. These are all beliefs that are derived from postmodernism in one way or another.

Give us your favourite recent example of woke excess.

I wouldn’t say I had a ‘favourite’ example. That would be like having a favourite poison. I find the examples of woke excess to be at once funny and deeply sinister. Every morning I go through the day’s news stories and keep a tally on what’s going on, and there are normally four or five relevant stories per day. A year ago it wasn’t this frequent, so things are definitely ratcheting up.

This week alone we’ve had a university in America remove a boulder from its campus because it decided it had racist connotations, an award-winning author agree to rewrite her book because activists were offended, a law school claim that it is racist to expect its graduates to be able to read or write or have basic mathematical capabilities, the Scottish government issue guidelines that claims four-year-olds should be able to change gender without schools informing their parents, the BBC changing the definition of “homosexual” in accordance with gender identity ideology, an author claiming that fonts perpetuate masculine and feminine stereotypes, and Robin (Batman’s sidekick) coming out as queer. As if anyone thought he was straight anyway…

Do you think woke bashing can detract from more serious issues?

Of course. The whole culture war is a distraction from actual problems. I yearn for the day when all of this nonsense is over. The trouble is, if the culture warriors get their way we won’t be able to effectively address serious issues such as economic inequality, genuine injustice, or problems in our education system.

The woke movement is essentially bourgeois and seeks to impose a quasi-religious belief system on society, one that is impervious to reason or discussion. It promotes racist and segregationist ideas under the guise of ‘anti-racism’. It opposes free speech because of its reactionary view that the masses are liable to be corrupted if popular culture conveys the ‘wrong’ message.

Those of us who believe in liberal values, who oppose racism and prejudice in all its forms, and who want to see a society in which everyone is treated equally need to take a stand against wokeness. If the woke movement wins out, that will be the death of social liberalism. So however silly a lot of it seems, there’s a lot at stake.

Do you see the culture war as being a winnable war (by either side)?

We have to hope so. The culture war isn’t about left versus right. It’s about liberty versus authority. History teaches us what happens when the authoritarians win, and it isn’t pretty.

We’ve all seen Titania McGrath on Twitter. What can we expect from her on stage?

She’s a monster, obviously. So you can expect to be hectored remorselessly for the entire show about your privilege and how we’ll never achieve true diversity until everyone agrees with her.

Some would say Brighton is quite a woke place. Do you think Titania will be at home here?

Brighton is certainly the home to some of the most extreme woke activists, including a local council that is seeking to implement Critical Race Theory in schools and is probably breaking the law by doing so. At the same time, there are plenty of liberals in Brighton who understand all too well how regressive the woke movement is, including some gay activists of yesteryear who are coming out of retirement to fight it. It makes sense that Titania would perform here, to give succour to her allies and venom to her foes. Also, she’s got a holiday home in Hove, so it’s convenient for her.

Titania will be performing live at The Komedia before a West End run in October.