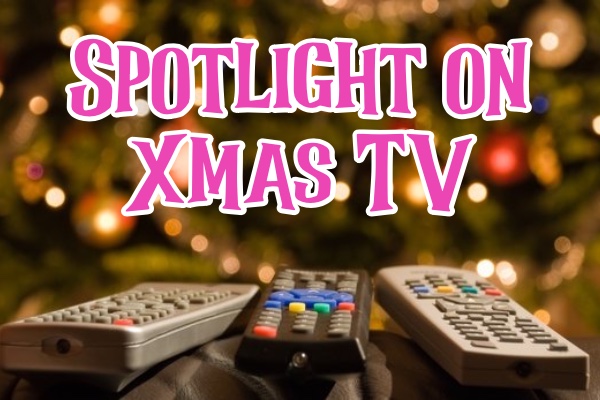 With this annus horribilis nearly over and with lockdown for many a reality, let me take you on a slightly off-beat journey through viewing from Christmas Day till New Year’s Eve ( hooray for that ).

Christmas Day seems less of a graveyard this year or maybe we’re more easily pleased but try these:

Boxing Day – when you’ve eaten all your fried-up leftovers head for:

The Royal Ballet All-Star Gala – seems a long time since theatres re-opened briefly with small audiences, but this rare treat makes up for it ( 7pm BBC 4 )

The Masked Singer – surreal, silly and addictive – who could the singing sausage be? ( 7pm ITV)

John Williams’ Hollywood Rhapsody is a re-run of his 2013 Proms concert which features music from films Ben Hur, Casablanca and Tom and Jerry . Followed by 2 blockbuster film  musicals Billy Elliot and Singin’ In The Rain – mammoth entertainment ( starting 7.05 pm BBC 4 )

Sara Pascoe – Last Woman On Earth, you love her or you hate her and here she tours Cuba in an offbeat travelogue ( 9 pm BBC2 )

Billy Connolly- It’s Been A Pleasure  looks back at  the comedian’ s life and times ( 9.30 pm ITV)

Meerkat: A Dynasties Special. We’re in the salt pans of Botswana and it’s brutal – no comparing any markets here ( 7.30 pm BBC 1 )

Kenneth Williams :  Fantabulosa !  is a drama based on the troubled comic actor’s diaries – a sad and funny tale of self-doubt and queerness, starring Michael Sheen as Williams and Kenny Doughty as queer playwright Joe Orton ( 9 pm BBC 4 )

29 December – go out if you can; there’s nothing worth watching !

30 December: Stephen Fry’s 21st Century Firsts explores the voice of sat nav, the rise of Facebook and Twitter and a pub landlord who defied the smoking ban ( 8.30 pm ITV )

Tom Allen Goes To Town– actually it’s a city; it’s Wakefield which comic Tom dubs the “ Ibiza of the North “ , where you’re never more than 6 feet from a sausage – I’m sure he’ll make a meal out of that. ( 9pm Channel 4)

New Year’s Eve: we won’t be in the pubs, we won’t be on the streets but the telly bangs on as usual for this end of year tradition including Alicia Keys Rocks NYE and Jools Holland’s Hootenanny .

Last Leg Of The Year tries to find some humour in this grim year – I mean what’s to remember? ( 9 pm Channel 4 )

If you miss anything most programmes will be on catch-up

Speaking of which – the funniest nativity story you’ll ever see is on BBC iplayer – The Goes Wrong Show has 9 wise men, an exploding Angel  Gabriel and a two-bottomed donkey.

Amazon Prime has perennials like It’s A Wonderful Life, Polar Express and The Nightmare Before Christmas on offer.

The undoubted but controversial hit on Netflix is the film musical The Prom which charts the story of two lesbians who want to dance together at their High School Prom. It’s directed by the prolific Ryan Murphy and stars Meryl Streep, James Corden and Nicole Kidman. The real hits of the show for me are not Corden’s camp staged American accent or Streep’s outrageous impersonation of Patti LuPone, but the beautiful performances of Jo Ellen Pellman and Ariana De Bose as the two girls who just want to be themselves.