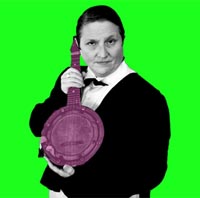 Trouser-wearing characters, written and performed by Rose Collis, is a unique mixture of music, history and comedy — an irresistible blend of stories, vignettes and songs (evergreens and originals) about some of her favourite, eclectic ‘trouser-wearing characters’, from 50s media star Nancy Spain to masquerader ‘Colonel’ Victor Barker, cabaret legend Douglas Byng to the ‘f**king lady’ herself, actress Coral Browne.

Arts REVIEW: The Yeoman of the Guard @ ENO