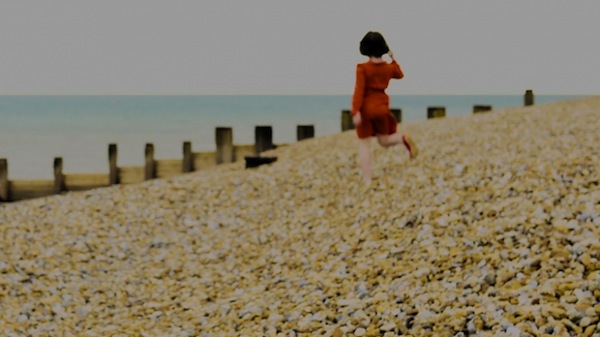 David Rosenberg’s Ring, an unnerving aural journey into an immeasurable blanket of darkness, unearthed those unconscious fears that many of us would find difficult to admit to ourselves.

The ‘ring’ of Ring is a therapy session, a meeting for those who have run or are running away from something, and we, as the audience are the ring, and you are a member of it.

The beauty is therefore that before proceedings really got under way, the audience, wearing headphones and in total darkness, were told to form a circle, but not me, the host ‘Michael’ whispered into my air; “you, Francis, you are fine where you are”. Although I am not Francis (or Frances, if you’re a girl, a clever trick), I adopted my new name, did as I was told, and stayed put; although I did clutch my bag when flooded with the sound of the scratching of chairs across the wooden floor, assuming the rest of the audience were, as told, forming a circle.

Whilst there are other pieces of sensory deprivation, see my review for To Sleep, To Dream, Ring triumphs in being more plausible by speaking to you as if you are the only person in the room. Disembodied voices accuse you of murder, stir up a fear of being recognised before whispering, somewhat reassuringly “I’m going to look after you!”; well it certainly gave me the shivers.

Just going with it was not a path you could easily take as so engulfing was this darkness, a sheer, cloying darkness that I have seldom encountered, that the soundscape, coming at you from every conceivable angle, could shake your very core; the smashing of glass, a screaming voice; to wanting (like the rest of the audience, right?) to join in on an impromptu performance of The Carpenter’s Close to You.

Never fully conscious of what was a recording, and what, or who, was or wasn’t there, that only when the lights went up did I realise that none of us had formed a circle, we were all in the same spot. But such was Ring‘s ability to tap into our underlying fears, or play with spatial perceptions that none of us would have reached out to find that it was really all a game.

Ring succeeded and should be applauded for misaligning our senses, and leaving us grasping for answers, or a chink of light, in absolute darkness.

This show is for The Brighton Festival