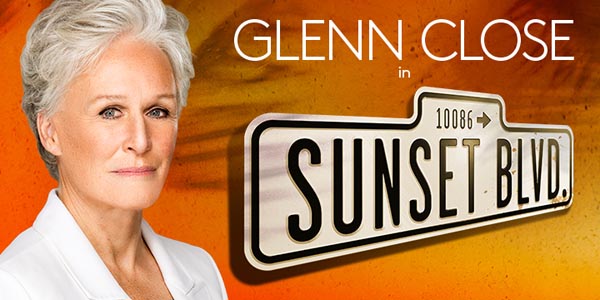 Great musicals require great stories. Consider the longest running shows in London’s current West End and the golden ages of yesteryear, and of course the scores and choreographers are key, but it’s strong stories and enchanting characters that matter.

Sunset Boulevard has both, in spades. Never since the release of the original film has its central theme and character been so relevant. An entertainment industry that nurtures, nay exploits its current commodity, the latest ingénue, and then as she grows older, discards her to make way for another thirty years younger. We’ve witnessed it time and again and in Sunset Boulevard it drives our protagonist, Norma Desmond, mad – literally.

This latest production, described as semi-staged, seems anything but. Yes, the grandiose sets of the original 1993 production are gone, the running costs of which eventually contributed to a relatively early closure for a Lloyd Webber production (four years – consider Phantom in September celebrates thirty), but they are replaced with an onstage 50+ piece orchestra and a network of steel darkened stairways and bridges criss-crossing the performance space like the technical inner workings of a 1950s Hollywood sound studio.

If you’re a Lloyd-Webber hater, then everything you dislike is here, the repeated phrases of music and song time and again, but here, in Sunset they are both an essential and magnificent. When the piece opens you feel certain the Overture has been lifted directly from the 1950 Billy Wider movie and the 1500 strong audience are captivated.

There are strong performances from both the chorus and principal performers including Siobhan Dillon who takes the role of the young love interest Betty Schaefer, Fred Johansen, Desmond’s creepy butler who it turns out has a far more alarming role as her first husband and former film director and Michael Xavier as down on his luck Hollywood writer Joe Gillis, who moved in with the fading film star and rejuvenates her false hope of ‘a return’.

They’re all cracking. But is it Glenn Close who is central to this production’s success, and she steers her performance away from the potential melodrama of a pantomime villain to retain a heart-breaking naivety in Norma that her greatest days are yet ahead.

It is genius casting that we have a former ingénue of Hollywood in this leading role, and whilst Close’s career is far from over (she’s rumoured to be attached to a potential film of the musical), we can’t help making the life/art/life comparisons throughout. If it’s Elaine Paige or Barbara Streisand style singing you want, you won’t get it, Close acts through her songs and although sings well, her vocal weaknesses are what makes her performance terrific. Warm, worn and always teetering towards fragile, she’s perfect.

The second the orchestra’s final note faded, the entire London Coliseum jumped to its feet where it remained long after the lights were up. The advertising suggests that this is the theatrical event of the year. It is. If you can’t get a ticket, kill someone who did. It will be worth the gaol time.

Sunset Boulevard directed by Lonny Price, with choreography by Stephen Mear, Music Andrew Lloyd Webber, Book and Lyrics  by Don Black and Christopher Hampton plays at the Coliseum until May 7 2016.