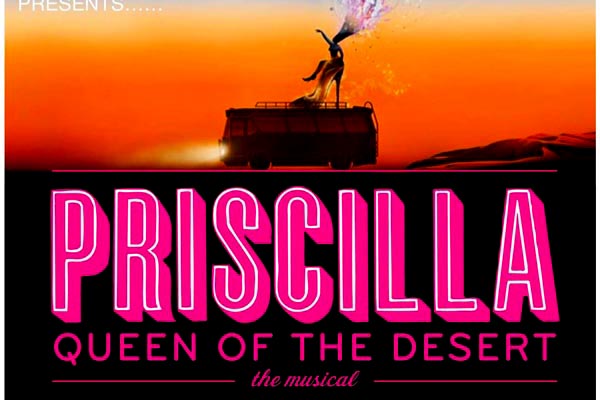 Led by one of Brighton’s popular Drag Queens, Kara Van Park aka Wain Douglas and directed by West End high pedigree performer, Tania Newton, this production by the Brighton and Hove Operatic Society is a “joyful, and faithful, representation of the on-going classic musical”.

IN the interval, I bumped into a friend who is producing the new UK tour of Priscilla in 2019 (and appearing at Theatre Royal Brighton for the Christmas season 2019/20120) and he commented “as long as you have 3 strong leading men/ 3 great vocal Divas/ amazing costumes and…..a bus, then you can’t go wrong !”

This production has all that and much more. The costumes and wigs are truly fantastic and so many of them. Also, the company (who, thankfully, are of all shapes and sizes) must be commended on their commitment to wearing them with panache and giving 100% commitment to the style and energy of both the direction and the choreography.

The music appeared to be on track but was rather low-level for my liking and the lighting, although complimentary could have benefitted from a follow spot or better focused specials however, that’s not what a Priscilla audience comes for. They expect, and get, an excellent book, hit pop songs, glamour, comedy and some truthful pathos the latter particularly good in the scene between Bernadette (Wain Douglas) and Adam (Josh Hanson) and Tick (Tony Bright) and Benjy (James Marron-Page on the night I saw it)

The programme lacks a centre fold listing the scenes, locations and the songs with lead singers named so it is hard to pick out certain people. However, scene stealers were (I think!) Ella Segovia as Cynthia and the lady in the bar shaking it all in “I love the Nightlife”. And a great ensemble number featured Chris Hibbert from the Sea Serpents, Brighton own gay Rugby team.

The Divas outshone and were led by another West End top class performer – Lucy Newton who also staged them – they looked terrific!

Well done to everyone for an excellent must see production led by Tania Newton and her team and I’m glad Kara Van Park remained as such (not Wain) for her curtain call – a cool, directorial/personal, decision!