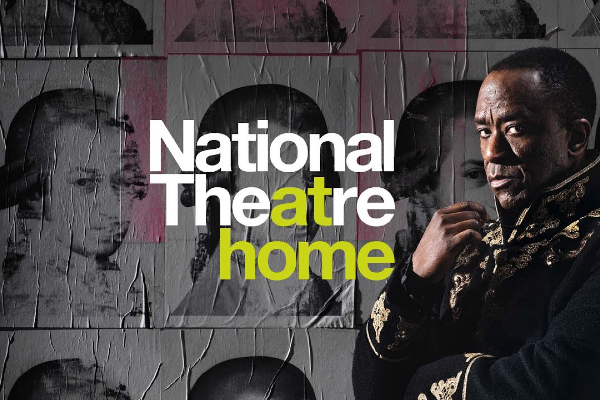 The National Theatre bows out this week from its free streaming service of archived performances with an absolute blockbuster – Peter Shaffer’s iconic play about the life and possible murder of Mozart – Amadeus.

But true to Shaffer’s talent, the  tragically young composer is not quite  centre stage. Instead this is front and centre a play about Antonio Salieri, Mozart’s great rival and , some say, his indirect assassin.

Lucian Msamati proves himself one of the greatest actors of this generation with a towering fully-rounded personification of cunning, humorous, half-guilty evil, as strong as any Iago or Richard III.

Much like his two Shakespearean counterparts, Salieri talks to us, confides in us, jokes with us and confesses to us. His defence for his unspeakable acts of cruelty is not just jealousy of Mozart’s superior and much younger brilliance , but an act of defiance against God . Shaffer’s proposition for Salieri is that if God wished Mozart to be great and prosperous, He  would not allow Salieri to pursue his merciless vendetta.

It’s a clever if somewhat tenuous device, and it allows Msamati to develop his character as vicious but at the same time  somehow justified.

The other great star of the show is the music – it’s an absolutely brilliant stroke of genius by director Michael Longhurst to have the Southbank Sinfonia onstage throughout as actors, dancers and musicians, playing modern compositions and some of Mozart’s finest tunes, under the musical direction of Simon Slater.

And so we say farewell to our weekly banquet of National Theatre delights. News that theatres may reopen soon under strict conditions will be music to the ears  of the National’s creative teams and audiences alike. But this lockdown period has let us enjoy shows which many of us probably missed, and for that we must be eternally grateful.

If you can, please donate to the National and let’s all keep our fingers crossed that some day soon we’ll be sitting int their seats again.