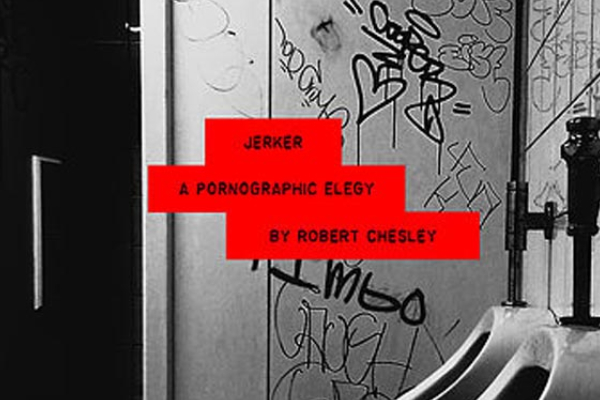 Playwright Robert Chesley, who died of an Aids-related illness in 1990,described his often-banned 1985 play Jerker as “ a pornographic elegy “- it’s an interesting paradox to consider as most would regard pornographic as a derogatory term.

If anything we tend to laugh at the ludicrous nature of phone sex which is the central “ action” of this play set in San Francisco. The actors don’t hold back in their physical climaxes, although they never have any real bodily contact. Fantasies are played out with great glee and imagination – from incestuous brothers to bondage in the dark deep woods, confessions and torture. But underlying these episodes – and there are quite a few of them – there are other short scenes where we learn something about the two characters – JR and Bert.  JR is a Vietnam veteran and now queer social historian, while Bert is something in the business world , booted and suited.

But there’s a clever tension in the piece – the playing field is not level. JR has actually met Bert several times in the gay bars of the Castro, and Bert has given him his phone number. Trouble is Bert can’t remember doing it and he’s at a distinct disadvantage which he seems to relish in a sexual way.

Aids is at the core of the period and of this play and there is the inevitable death offstage, but what Chesley is telling us through his sympathetic treatment of these two men, who crave affection and attention,  is that as he puts it “ a virus can’t kill love “ . He says in the play’s preface that “ nobody ever died from being offended by what they hear or see, but prudery kills”.

It’s a strong affirmation of the right to love, to be loved and to live a free-flowing life.

In the end the story ends tragically as we knew all along it would but along the way Tibu Forbes as Bert and Tom Joyner as JR work such magical chemistry between them that it’s a truly uplifting evening.

Jerker directed by Ben Anderson is at the King’s Head Theatre, London until 23 November.

For more info or to book tickets see their website