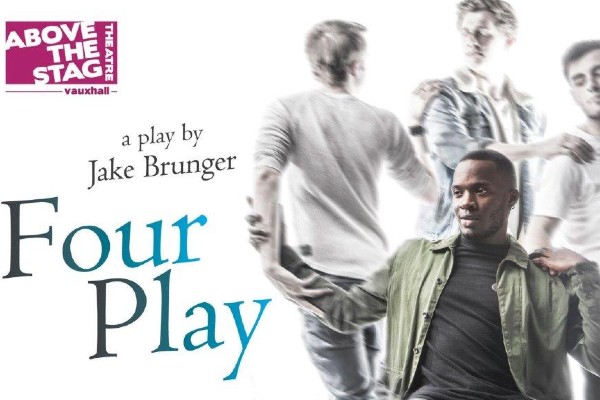 A sensitive and truthful insight into being in a committed and monogamous relationship verses an open relationship still bound by basic rules. Viewing this as a straight female “ally”, I felt I knew every aspect of relationship both straight and gay, comic and tragic, but this observant, deep, playful, yet heart-breaking play confirms so many of the (somewhat complex!) relationships that may have far more to them that meets the eye.

The play made me question and consider many of the long-term relationships in my chosen family home of Brighton.

The play starts with Rafi’s opening dialogue which beautifully sets the scene for the inquisitive, doubting and possible boredom, which develops between him and his partner Pete after a period of 7 or so years together.

Ralf awkwardly asks friend Michael ( in an open relationship with Andrew) to have sex with both him and Pete separately so they can both experience sex with someone else but on an agreed one off basis only. Naturally, once is not enough, events are unleashed, the web is revealed, and the consequences taken.

Writer Jake Brunger’s programme notes are important to read. Clear and decisive, he explains why there are no stage directions in the script and 5 stars to Director Matthew Iliffe who directs so seamlessly that it appears that it is, indeed, organic without set direction.

An important play that has us hanging on every word, it should be viewed by all including straight couples and gay couples who are at the point of re-assessing their own relationships and that feeling that ”7 Year itch!”