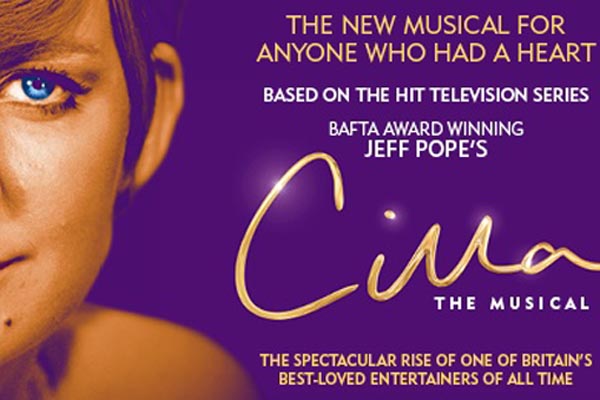 It is always tricky when presenting the life of a showbiz legend in the format of a musical, but on many levels Bill Kenwright gets it spot on with his new production Cilla the Musical based on Jeff Pope’s hit television series.

The show charts Priscilla Maria Veronika White’s rise to stardom, from cloakroom attendant and typist to pop star, explaining her historic position as part of the Mersey Sound in the 60s and her progression to game show host and the highest paid woman on TV.

More of a play with music than a pure musical, the first half documents Cilla’s links with the Beatles and The Big Three – her family, her developing relationship with Bobby Willis, but most importantly her introduction by John Lennon to Brian Epstein, the Beatles manager who helped her to her first number one in February 1964.

Anyone Who Had A Heart closes the first half of the show, giving Kara Lily Hayworth who plays Cilla the opportunity to deliver a simply stunning performance, which puts her alongside only a handful of West End leading ladies capable of such a splendid vocal. The audience reaction to her performance said everything, it was quite simply a magnificent interpretation of this classic number, which is notoriously difficult to sing.

It deals honestly with Cilla’s ruthless determination to become a star, even at the expense of Bobby Willis, who is offered his own recording contract by Brian Epstein, but Cilla is having non of it, wanting Brian to be totally focussed only on her and her career.

The second half of the show is a catalogue of Cilla’s hits including You’re My World, Alfie, You’ve Lost That Loving Feeling, Liverpool Lullaby, Step Inside Love and Something Tells Me, all performed by Kara Hayworth who is the shining star of this show. Despite strong individual performances by Carl Au (Bobby Willis) and Andrew Lancel (Brian Epstein), ultimately all accolades go to Kara whose stunning vocals overshadow everything else and everyone around her.

Gary McCann’s set design is very impressive, Carole Todd’s choreography is authentic and 60s to the core. Overall the direction is tight but maybe the show could benefit from losing a couple of the numbers in the first half that are more about the narrative rather than about Cilla.

Special mention for the musicians and musical director Scott Alder who does a great job with the musical score. The arrangements are first class as are his musicans.

This is a musical not to be missed. It is big, loud, and provides a unique insight not only into a driven woman who was determined to be a star but also on the impact her ambition had on the people around her, including Brian Epstein who it turns out professionally needed Cilla as much as Cilla needed him.

Cilla the Musical plays at the Mayflower Theatre in Southampton till Saturday, October 7. Make sure you see it.