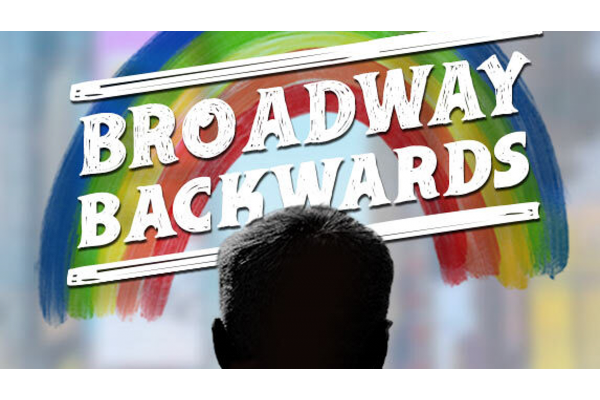 Once a year the stars of Broadway come out to gender-swap in a good cause that raises funds for AIDS and LGBTQ+ charities.  Sadly in 2020 the lockdown meant the event had to be cancelled, and this year it was still not possible to have a live audience in a great Broadway theatre.

But the ingenuity of the organisers meant that a hybrid show was produced, with virtual performances and some archive material from previous years. It was an amazing if slightly dark piece which I was lucky enough to be tipped off about as it only stayed live on YouTube for 3 days.

The basic premise is that Broadway hit show tunes have their leading characters gender-swapped so men play women’s roles and vice-versa though  I must say this year the men had the better deal.

And this year there was a further twist.  For there was a storyline – Jay Armstrong Johnson played a forlorn , confused gay man, suffering terribly from isolation and rejection, and resorting to “ too much pills and liquor “, to quote Fraulein Sally Bowles. This was initially disconcerting but intriguing. He’s coaxed out of this suicidal frame of mind by the appearance on his tv of the wonderful Jenn  Colella playing herself and introducing him to one great Broadway Backwards clip after another.

It’s a clever concoction and certainly keeps your attention levels high in this 90 minute voyage. Beginning with a funny, outrageously camp  and sexy male version of Chicago’s Cell Block Tango – “ he had it coming “, we then got a male bride in Sondheim’s  Getting Married Today, which mirrored Company’s latest incarnation both in the West End and on Broadway. Darren Criss was just manic, funny and brilliant.

Sticking with female-to-male swaps Andrew Rannells was fantastically sad, bluesy and high-pitched in the Man Who Got Away. But then, oh then, that golden legend Chita Rivera ( aged 88 ) in a sleek tuxedo was Billy Flynn in All I Care About Is Love – and wow  has she still got it !

With some comic assistance from Debra Monk , Bonnie Milligan gave us a big-hearted rendition of I Met A Girl from The Bells Are Ringing – a great song of self-acceptance . Tony Yasbeck sang Forget About The Boy from Thoroughly Modern Millie – but he clearly had no intention of doing so ! And Tituss Burgess  gave a stunning falsetto version of And I Am Telling You .

Ariana DeBose was smooth, stylish and bluesy in Lot Of Livin’ from Bye Bye Birdie and the best ever Sweeney Todd, Len Cariou , gave us a laid-back emotional The Party’ s Over , and he sill has a powerhouse of a voice .

Many memorable numbers followed, Andrew Keenan-Bulger  in The History of Wrong Guys, a touching male rendition of the central Lesbian romantic duet What About  Love from  The Color Purple ,  with Michael McElroy  and Bryan Terrell Clark , and a stunning version of Chess’s Pity The Child by Carolee  Carmello . Wedded to  a positive future Jay Armstrong Johnson and Jenn  Colella  plus a galaxy of stars gave us the life-affirming You Will Be Found . What a night and it raised a record $ 750,000 + for its 2 charities.

I’m determined to be in the stalls next year for the show – here’s hoping.

You can watch the whole wonderful virtual performances  from 2021’s record breaking fundraising below or follow the link here.

Extracts from previous Broadway Backwards shows are on YouTube, check them out here.