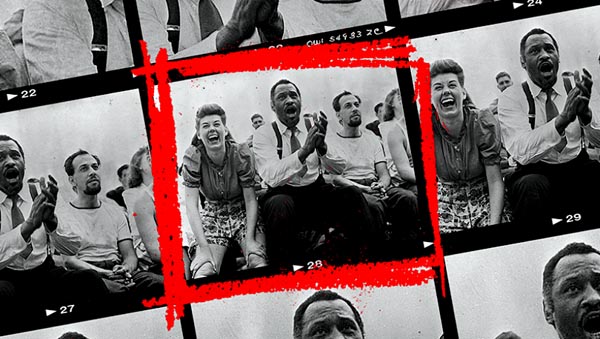 In Shakespeare’s Othello, the black general of the title is driven to murder and suicide by the jealousy of his lieutenant who wrongly believes Othello has slept with his wife.

IN this world premiere, Nicholas Wright chooses to make many ironic and sometimes lame comparisons with that triangular relationship via a semi-factual depiction of the great black singer/actor/activist Paul Robeson and his love affair with his leading lady Uta Hagen, married to actor/director Jose Ferrer.

The link is that the trio are touring 1940’s America in Othello.

If that seems a bit laboured – you ain’t heard nothing yet. Robeson, played magisterially and sonorously by Tory Kittles is truth to tell a very wooden Othello, booming and intoning, we are told by his director, the redoubtable Peggy Webster, played sharply and astutely by Pandora Colin.

What he lacks is truth in his fury she tells him and us. When mid-play he has a flash of temper against Ute and tries to strangle her in her hotel room with a pillow – a la Othello, by George he gets the hang of acting angry ! Really ? Yes .

It gets worse. Jose, played with an angry pomposity and brutishness by Ben Cura, plays chess with Robeson the night he discovers the affair with his wife. “Your move” they say to one another throughout the game of chess pieces and verbal manoeuvres. Wright isn’t laying on the idea with the deft light touch of an artist’s palette knife, but with the heavyweight clumsiness of a bad bricklayers trowel.

Emma Paetz as Ute is beautiful, energetic, boundlessly talented, honest and we really like her.

Robeson can’t see the irony of accusing her of “cheating” by sleeping regularly with her husband, though it does get one of the few laughs in the play.

Richard Eyre directs the 8 episodes of their story – each in a different US city hotel, with speed and clarity, but he really can’t correct the play’s flaws.

There’s a second storyline about Robeson’s civil rights activism and his many visits to Soviet Russia. His espousal is of the communist ideal but not of their methodology but as Ute points out he can’t bring himself to criticise the brutal regime.

This might have been more interesting as a theme than their rather tawdry love affair. It’s a play full of irony- rather too much for its own good.

The acting is superb; the direction clear and unfussy – but the writing – oh dear the writing!

8 Hotels is at the Minerva Theatre, Chichester until August 24.