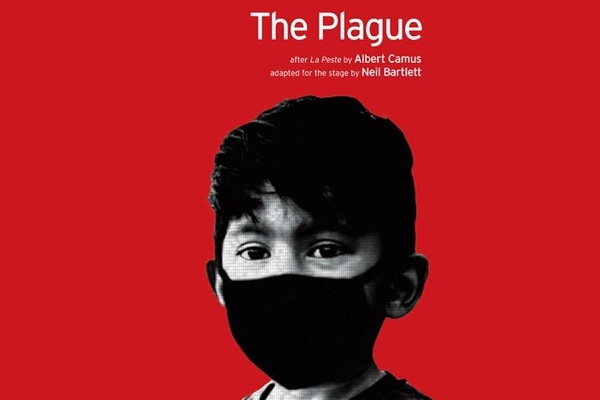 Now this coming weekend the BBC presents the world radio premiere of the show ” The Plague “. It’s a deeply disturbing and relevant listen but as Neil told me exclusively for Gscene readers, people mustn’t jump to obvious conclusions.

He said: “ It’s strange how stories change through time. When I first made the show at the Arcola in 2017, because  I’m gay everyone said: Oh I suppose for you the story is all about AIDS. Now that  I’m doing the script again in 2020, everyone says: Oh I suppose it’s all about Covid 19.

“Well the great thing about the Camus novel is that he never tells you what the plague in his story  means. He lets you watch it and asks you to draw your own conclusions about how the people who have to live through it respond. For me the story is about something much bigger than the details of any one epidemic.

“ I guess at the most basic level it’s about whether or not you believe in fighting against evil – against harm. It’s about whether or not you are prepared to roll up your sleeves and get to work, when the world needs you to do that. I think it’s a great story and I’m really glad that’s this English-language radio premiere of the novel is going to get it a whole new audience.”

The show, also directed by Bartlett, has 3 of its original stage cast – Sara Powell, Billy Postlethwaite and Joe Alessi.

Catch it on BBC Radio 4 on Sunday 26 July at 3pm. It will then be on BBC Sounds online.