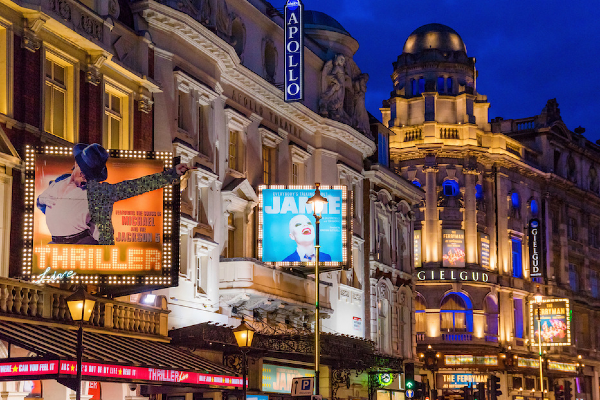 Terrific news from Nica Burns and her Nimax theatre empire – the West End is about to re-open , albeit in a limited way.

Nimax plans to open its 6 West End venues over the coming weeks, with heavily reduced seating capacity and many anti-Covid safety procedures.

The first musical will be the international sensation that is  SIX – a modern-day rock take on the lives of the six wives of Henry VIII, by Toby Marlow and Lucy Moss, which was about to hit Broadway when the theatres went dark in March.

Leaving its previous home the Arts Theatre, SIX will transfer down the road to the Lyric, and run 9 performances a week for a strictly limited 11 – week run from November 14. In addition, the  UK touring cast of the show will perform at the Lowry, Salford for a short  Christmas season from November 27.

Nimax’s first offering will be Adam Kay, the doctor’s hilarious This Is Going To Hurt  for a short run from October 22 at the Apollo Theatre. Hit show Everybody’s Talking About Jamie is also slated for a return soon.

The news is bound to put pressure on theatre owner Andrew Lloyd Webber to open his 7 West End venues , following his experimental attempts at socially distanced performances at the Palladium.