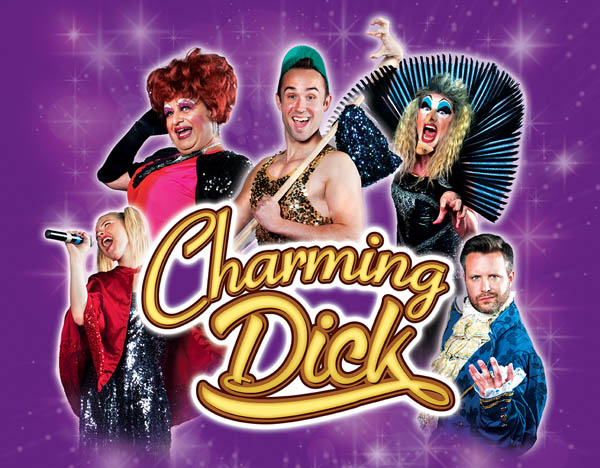 The Royal Vauxhall Tavern’s 2015 adult panto Charming Dick is going to The Cockpit – Oh yes it is!

The RVT is famous for producing some of the best adult pantos in London with shows becoming cult phenomenons and selling out consistently every year.

Charming Dick was RVT’s ninth adult panto, directed by Tim McArthur (Fannie and Jack! Sissy that Stalk!), and written by Paul Emelion (When Harry met Barry and Rise Like a Pheonix), …and this year Dick is being “re-erecting” at the Cockpit!

Go along and cheer for Dick, the wannabe entrepreneur and dreamer, who has come to London to seek fame, fortune and the big time, but ends up working in a launderette with his Aunt Twankey – a has been cabaret and west end star (well, who isn’t).

Hiss and boo at the Wicked Witch, determined to get her hands on the launderette and turn out poor Twankey (silent t) in order to obtain the lamp that confers powers to transform gay clubs into gold (or just gives a very good light).

♦ Sing-along with Babe, the Eurovision wannabe superstar, as she plans her nuptials to Prince Charming.

♦ But will Charming marry her?

♦ Will Dick become the big bar promoter he wants to be?

♦ Will Twankey lose the launderette?

♦ How far is the wicked witch prepared to go to get her evil hands on the lamp?

♦ Will Charming and Dick ever build that snowman together?

♦ And why is Red Riding Hood in this panto?!?

Charming Dick is filled with panto classics. Hissing, booing, and enough song and dance to make Eurovision look positively dull, all bought up to date for you big dirty kids aged 18 and over and featuring some of our favourite drag artists. Book now!

The Panto is produced by Catia Ciarico on behalf of the RVT, Directed by Tim McArthur and written by Paul Emelion Daly.

Strictly 18 and over only. Sorry kids, but this is adult playtime.