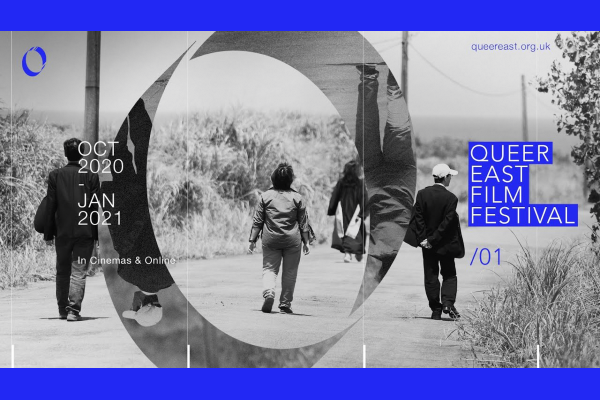 Queer East returns to London cinemas to celebrate Pride Month with films from China, Indonesia, Taiwan, Japan  and the UK.

The films look at how culture, law, history and social norms have shaped the Queer landscape in East and South East Asia. The programme includes:

The Wedding Banquet. – 12 June at Catford Mews . Ang Lee’s comedy about a Gay Taiwanese immigrant living in Manhattan, who resolves to marry a woman to appease his parents.

Memories Of My Body /Kucumbu Tubuh – 6 July at the Barbican. This experimental biopic incorporates music and dance to explore the life of Juno, a man who trained to perform as a woman telling its story over four decades.

Lilting -20 June at the Lexi Cinema. Hong Khaou’s debut feature about a widowed mother who tries to understand her son after his sudden death and come to terms with the revelation of his lover Richard .

A Dog Barking At The Moon ( date to be announced) Returning to China a pregnant writer is drawn into a long-standing  conflict between her gay father and her cult-obsessed mother.

As We Like It -Genesis Cinema 16 July. This is a re-working of Shakespeare’s  play , set in an internet-free neighbourhood in a futuristic Taipei. Its entirely female cast explore gender politics, role play and human desire.

The Two Lives of Li Ermao– Genesis  Cinema 19 July.  Filmed over 17 years, in South China, this documentary is about a Trans immigrant worker who transitions from male to female and then back to male.

Full details including venues, times and where and how to book  at queer east.org.uk