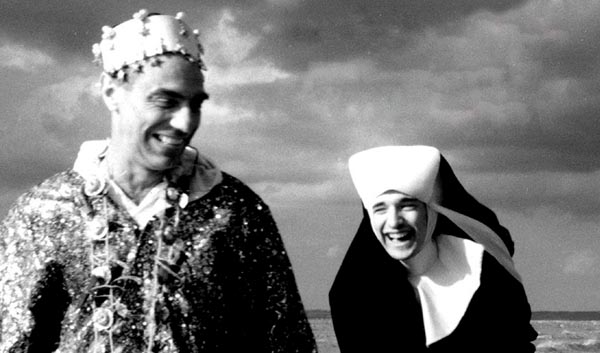 Polari is a language that was used chiefly by gay men in the first half of the twentieth century.

AT a time when being gay could result in criminal prosecution – or worse – Polari offered its speakers a degree of public camouflage, a way of expressing humour, and a means of identification and of establishing a community.

Its roots are colourful and varied – from Cant to Lingua Franca to prostitutes’ slang – and in the mid-1960s it was thrust into the limelight by the characters Julian and Sandy, voiced by Hugh Paddick and Kenneth Williams, on the BBC radio show Round the Horne. (‘Oh Mr Horne, how bona to vada your dolly old eke!’)

Paul Baker recounts the story of Polari with skill, erudition and tenderness. He traces its historical origins and describes its linguistic nuts and bolts, explores the ways and the environments in which it was spoken, explains the reasons for its decline, and tells of its unlikely re-emergence in the twenty-first century.

With a cast of drag queens and sailors, Dilly boys and macho clones, Paul’s book Fabulosa! is an essential document of recent history and a fascinating and fantastically readable account of this funny, filthy and ingenious language. It will be available on the day to buy and have signed.

Paul Baker is Professor of English Language at Lancaster University. He has written 16 books including American and British English (2018) and, with Jo Stanley, Hello Sailor! (2003). He regularly gives talks and workshops about Polari and is a fellow of the Royal Society of Arts

This event is in the Brockway Room on the ground floor (Ground floor – accessible. Induction loop audio).

Cost: £8/£4 concessions (free to Conway Hall Ethical Society members, who should book these tickets in advance via the Book Now button)