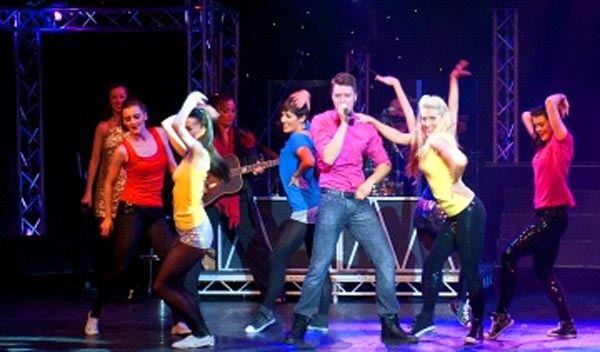 A compelling love story inspired by true events, Essence of Ireland is set against the music and dance of Ireland, USA and Spain.

SET against the backdrop of Ireland, England and America in the 19th century, Essence of Ireland tells the story of love, joy, happiness and heartache endured by Coro McGowen and Sean Dempsey as they are separated by emigration from each other and their beloved Ireland.

Creative Director and co-writer, Ged Graham, says: “We set out not just to tell a powerful love story; but to tell a bigger tale based on true events about the love between a man and his country – something which audiences really relate to. Our show is guaranteed to entertain and move audiences young and old, whether through our hard hitting story or through our quality music and dance extravaganza!”

As the story moves across to England and then on to America, the show takes you on a journey through many historical events including America’s introduction to rock and roll; and John F Kennedy’s historic presidential visit to Ireland in 1963.

Simultaneously heart-breaking and heart-warming, many of the much loved Irish songs that run so deep within the country’s music heritage are seamlessly entwined within the show’s engaging story, including Galway Girl, Isle of Hope, Isle of Tears, Tell me Ma and Irish Rover along with original scores.

Ross Mills, Director of Production and co-writer of Essence of Ireland, says: “The Irish have a cultural identity like no other and that pride in their cultural identity, heritage and traditions, manifests itself in the global phenomenon that is ‘St Patrick’s Day. The tour, which has been scheduled around St Patricks Day 2015, aims to really capture that authentic Irish feeling and celebrate this infectious heritage, which is now shared by all cultures worldwide.

“The 2015 tour will include new material and new costumes so we are very excited about getting back on the road again.”

Essence of Ireland has a world class and multinational ensemble all of whom are immensely proud of their Irish heritage and deep seated roots; giving a huge weight to the production’s strong sense of place and Irish identity.