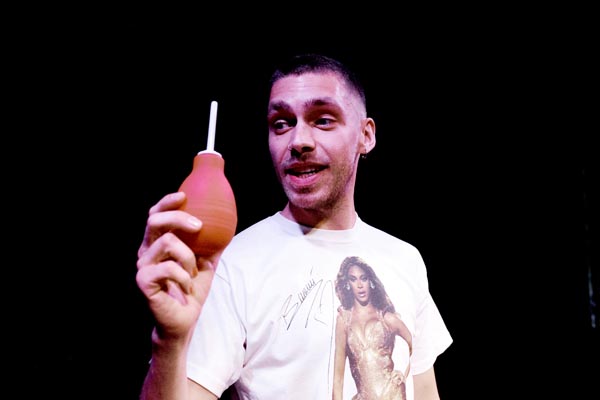 Willy Hudson brings BOTTOM to the Marlborough Theatre on March 2 and 3.

WILLY is a performer and writer from Devon. His debut solo show BOTTOM had a successful run at Edinburgh 2018, before transferring to Soho Theatre.

Willy likes to confront social hang-ups with autobiographic storytelling, comedy, fusion of theatrical form and cracking soundtracks. And Beyoncé. Willy graduated from The Oxford School of Drama and is an Associate Artist of the Exeter Phoenix.

Join Willy for a queer coming-of-age remix BOTTOM at the Marly, as he questions if ‘bottom’ in the bedroom means ‘bottom’ in life – and whether Beyoncé can help put his love on top.

With a cracking soundtrack, Willy’s funny, honest and open-hearted storytelling yanks the lid off the queer experience. He faces performance anxiety and the realities of being overworked, underpaid and under-respected.

This show is for anyone who hates making the first move. Anyone who thinks they are unlovable. Anyone that’s ever tried to be someone they’re not.

BOTTOM is part of the Radical Softness Season of events.

When: Saturday March 2 and Sunday March 3