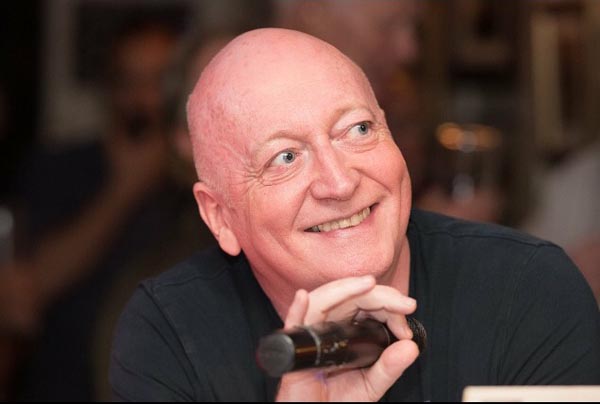 From the luxury of Frank Sinatra’s Las Vegas dressing room to a portakabin in Brighton’s Victoria Gardens, theatre and show impresario Quintin Young has seen it all, as he tells Brian Butler.

BRIGHTON-based producer/director Quintin Young has had a world-wide career, first performing and then stashing shows of all shapes and sizes.

Growing up in Ayr, Scotland, Quintin’s earliest influence was the famous 5-month summer season at its Gaiety Theatre, where the shows were twice nightly and the production changed every week. “It was my early foundation for work in show business,” he says.

After drama college, he found himself involved in variety shows on Scottish Television and later graduated to do the same at London Weekend TV.

“I was given responsibility at an early age to be dance captain and choreographer. My other great skill at school was maths, so I could count the dance steps and balance the books.” he jokes.

After performing in Edinburgh at the Royal Lyceum in productions of The Boyfriend, Cabaret, and the King and I he later found himself in London, his base for the next 25 years. He became international tour director for Spirit of the Dance – the first spin-off from the celebrated Irish dance show Riverdance, incredibly being responsible for 15 productions of it all over the world.

At this time there were five productions of it in the USA and so Quintin found it easier to be based there than in London. Vowing that he would never do another dance show he found himself almost immediately being responsible for the stage version of Strictly Ballroom as associate producer. The show, featuring Lionel Blair and Jane Macdonald played worldwide for 4 years.

In Las Vegas the Hollywood and Broadway legend Debbie Reynolds fronted the show and she and Quintin became close friends. “The precision of that kind of dancing was almost military on aspect and the Chinese for one came to love it.” Another fan was the now controversial Michael Jackson with whom Quintin worked on 2 charity shows in Korea and Munich.

“The massive set was just loaded on a jumbo jet and flown from Korea to Germany.” he says.

A David Essex musical All The Fun of the Fair followed and then the Proclaimer’s show Sunshine on Leith, which he believes is due for a stage revival.

He thinks his early responsibility – being thrown in at the deep end – helped him understand the challenges facing performers but also those facing producers and venues to make productions succeed, artistically and financially.

He’s a strong believer that local and regional theatres survive because they fully understand the demographics of their audiences. “As a producer you have to work with the venue and its marketing department to get the best outcome.”

Having moved to Brighton five years ago he feels it’s a shame there is no big mainstream family pantomime in the city in a major theatre. “It gets their next generation of audience into the theatre. It’ s also a shame that amateur theatre companies can often no longer afford to mount shows in big commercial venues. I’d like to see the commercial theatres help out.” he added.

As creative director of Brighton’s Gay Men’s Chorus he knows too well how expensive large venues like the Dome can be.

His preoccupation in April is staging the Alternative Panto at the Phil Starr Pavilion in Victoria Gardens – with a portakabin as his base – a far cry from his Las Vegas luxury dressing room which has formerly been home to Frank Sinatra. But he thinks the venue, which is a new home for the show will work well, with 100 seats on the flat and a further 150 on tiers.

“I treat this show the same as I would a major world tour.” And this year he has swapped roles round so that the cast are playing characters they haven’t played before. The cast which includes six Brighton drag acts – Davina Sparkle, Miss Jason, Sally Vate, Dave Lynn, Lola Lasagne and Stephanie Von Clitz have worked together before which helps since there are only eight days rehearsal available before the curtain goes up. The cast also includes stage and cabaret singers Allan Jay, Jason Lee and David Anthony.

“I have my ideas of how it should be played, but so do they and many have experience of playing family pantos. I do have to be a headmaster occasionally to avoid their becoming just eight individual acts. The fun is it’s live and interactive with the audience and very different every performance.”

Asked what advice he would give the young Quintin, he pauses for quite a while then says: “Don’t be too shy, and grasp every opportunity that comes your way. Don’t doubt yourself.”

So what’s in the future? “I think I have one more big musical to do, but I don’t know what it is….” Then he adds “An all-male Guys and Dolls would be fun.”

But after the panto run it’s down onto the sea-front to manage the highly successful Luna Beach open air cinema in July and August .

Big Dick Whittington and His Pussy runs at the Phil Starr Pavilion from April 4 to 14 with tickets costing a mere £23.