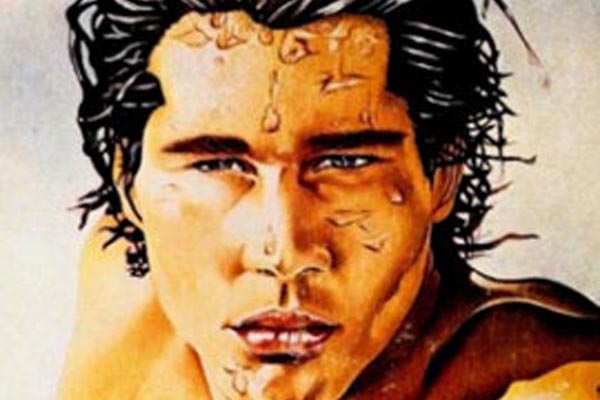 Based on the ground-breaking novel of the same name, by David Rees, this coming of age gay love story starts in the small Cornish village of Bude.

IT’S 1979 and Ewan, 17-year-old son of the local milkman is struggling with his adolescence. He’s got a girl friend of sorts, played with a touching gentleness by Lucy Penrose.

But for Ewan, a chance masturbatory exchange with his best mate Leslie, confuses him. Of course he misreads the situation which leads to violence and even more confusion.

Bryan Moriarty is delightful throughout as the attractive teenager trying to find out his sexuality. For a long time he is unsure, but his eventual and inevitable move to London opens up his life.

In this pre-Aids era, there is no suggestion of monogamy or safe sex, and he parades through the usual gay club scene, and from  lover to lover.

It’s no easy passage. When he tells his parents he thinks he is gay, he is thrown out – his mother screaming “I wish you’d never been born”.  Ewan laments that his parents have nothing in common with him “They think you’re a carbon copy of them.. I didn’t want to disturb them,” he tells us.

As one of his sex encounters says: “We need someone to hug us and tell us it’s going to be ok.” Ewan confides in us “No-one could see the horrible mess that was inside.”

It’s highly potent that as the audience files in we are played an anti-gay speech by Margaret Thatcher on an increasingly annoying loop. But it’s important for young audiences to know how dreadful gay life could be in the 1970s and 80s, with the fear of gay bashing, imprisonment and social isolation.

We have come a long way and though this love story ends with gay marriage, recent events in English schools and the streets of Kemptown on our doorstep, show that the fight continues. But this adaptation by Kevin Kelly, directed by Tim McArthur teaches us not to forget the struggle is worth it and it’s confident message of hope is heart-warming.

There is no weak link in the talented cast of Lewis Brown, Robert Hook, David McNair, Claire Calverley and Martin Teall. As the black boyfriend Ewan marries tells us: “I didn’t choose to be gay; I just got lucky.”

Worth taking that thought home with you.

The show runs at the Old Courtroom Theatre, Church Street as part of Brighton Fringe, till May 12.