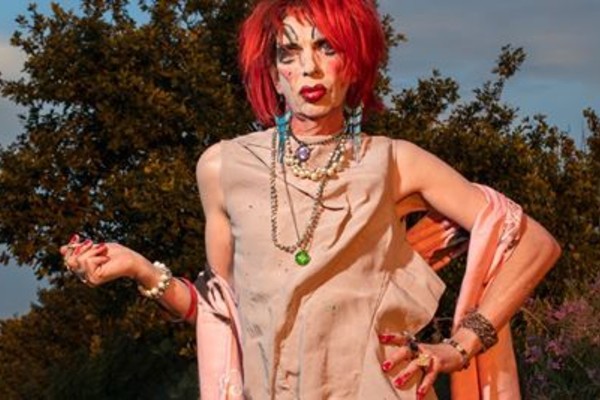 Dark Unicorn Productions has announced the first in a series of In Conversation… events to highlight the work of prominent people in the arts while also raising money for MindOut, the LGBTQ+ mental health charity.

On Thursday, February 27 from 7.30pm, at the Rialto Theatre in Brighton, Dark Unicorn’s Artistic Director Paddy Cooper will interview his dear friend and eminent queer performance artist David Hoyle who will be casting the costumes and make-up aside for an open and frank discussion about his rollercoaster life and career. The hour-long talk will be followed by a Q&A and a raffle/auction.

This month, Dark Unicorn has nominated Brighton-based LGBTQ+ mental health charity MindOut as the beneficiary of the event, receiving £1 from every ticket sold and 50% of the raffle and auction, the remainder going to Dark Unicorn’s work to promote top-quality, ethically-produced entertainment around the country, produced in an environment free from personal and financial exploitation.

Tickets are available by clicking here.