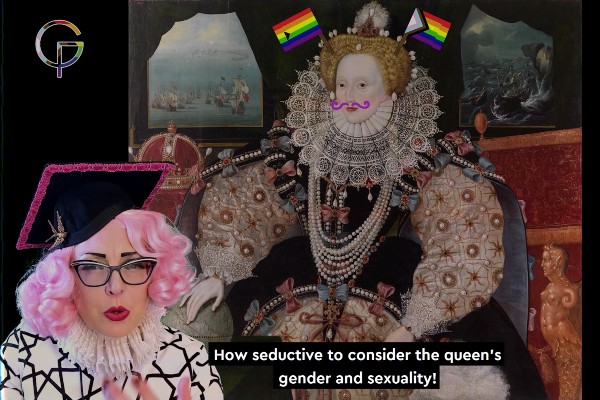 This year’s London Fringe Film Festival is due to feature an online screening of queer historical piece, Breaking the Spell. The annual festival, which describes itself as “celebratory but critical as hell” showcases queer films and performances with the aim to create a platform for LGBTQ+ arts. Breaking the Spell was created by performer and queer historian Bird La Bird in collaboration with filmmakers the Mollusc Dimension and actor Angela Clerkin.

The piece is Bird’s first short film and will focus on the queer history of the Tudor period. The “delightfully playful” piece will add “a new queer dimension to the Armada Portraits” in a “beautiful queer refocusing of history”. Bird has also done multiple tours throughout their career, featuring comical shows which explore “mainstream histories of capitalism and colonialism” through a queer perspective which they refer to as “Queer People’s History”.

Breaking the Spell will be screened on Sunday, November 15 at 4.30pm; tickets are available here for £7.50.