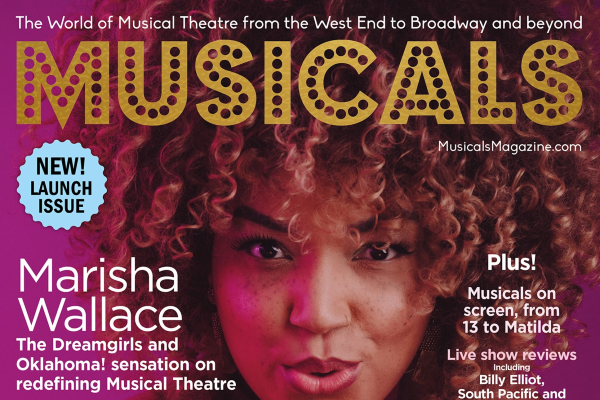 If you have friends and loved ones who like musical theatre, there can be no better Christmas gift than the first issue of Musicals magazine, which is on newsstands till the end of January and then will be published bi-monthly.

Difficult to believe that such a publication hasn’t been thought of before and though it flies in the face of our preference for on-line material, it has a luxurious look and feel in its 100 pages of interviews, reviews and previews. Here are some highlights I found for you, but it contains much, much more.

Critic and interviewer Edward Seckerson writes wisely on the need to reinvent revivals of Golden Age musicals. Across the pond, Matt Wolf takes a look at Broadway’s current hits, including Kinky Boots, The Music Man, Mr Saturday Night ( Billy Crystal), A Strange Loop – which I’m labelling as the current must-see show –  Funny Girl and Into The Woods.

Singer, pianist and songwriter Joe Stilgoe dissects the classic Sondheim ballad Being Alive, and rightly sees it as an allegory of a 1970 Sondheim and his unfulfilled quest to find someone to share his life with. He rightly sums it up as “ “the emotional ache of the show (Company)”. It’s been said that musicals are not written but re-written, and it’s significant that this was Steve’s 4th attempt to write a show finale. It’s also found an audience away from the footlights and its context in the show, with high class versions by Streisand, Dusty Springfield, Lea Salonga and Bernadette Peters.

So many strong women have sung it, that it wasn’t surprising when Sondheim allowed a gender-reversed version with the hero becoming a woman: it wowed audiences in London and Broadway, quite rightly. I was blown away by it.

In a piece about bringing back shows, the spotlight falls on Elton John’s and Tim Rice’s Aida – a show which played over 1800 performances on Broadway from 2000-2004, but has never had a fully staged West End production. News revealed in the magazine tells us that it’s on its way to Holland early 2023 and then surely to London – watch this space.

In this review of a few hundred words I can’t do full justice to this great magazine, but other highlights include a marvellous interview with West End blockbuster singer/actor Marisha Wallace, who came from humble gospel origins in Carolina to take the London stage by storm in Dreamgirls and Waitress. Again some good if mysterious news that she’s destined for another big show in the coming London season.

There are page after page of stage, film and cast recording reviews and there’s an entertaining end piece by Elaine Page, where she reveals her must-have recording is the original Broadway cast version of West Side Story. Can’t disagree with that.