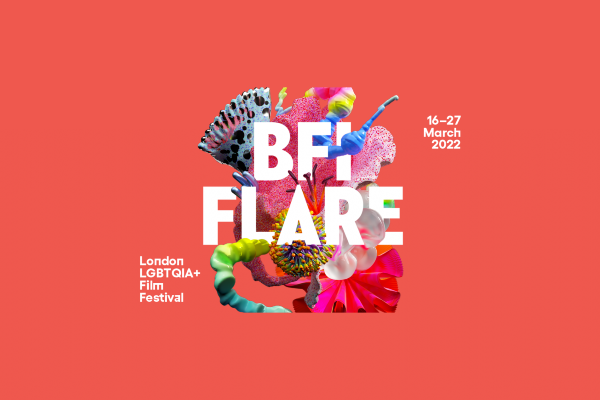 The BFI Flare LGBTQ+ film festival, which ends this weekend, had an amazing array of Queer films to suit all tastes. My personal picks are:

Peccadillo Pictures The Swimmer, written and directed by Adam Kalderon, is a beautifully shot and highly engaging Queer love story that never quite happens, set in the training camp for the single Olympic swimming place to be funded by the Israeli authorities.

Charged with fierce competition and more testosterone than seems decent, five physically wonderful swimmers spend 3 months to get the one golden ticket on offer. Front-runners are Erez (Omer Perelman Striks) and Nevo (Asaf Jonas). Erez, from a family of swimmers who didn’t quite make it, is hell-bent on succeeding, even if dirty tricks are necessary.

But when he falls for Nevo big-time, his problems are just beginning. The drama is in the great underwater filming of the boys battling it out and there’s a clever, camp balletic twist to the staging of the final show-down.

Queer Parivaar is a marvellous blend of Bollywood and southern Asian influences but set in the context of a Queer marriage between Trans Madhav and their male partner Sufi. When an elderly relative – Madhav’s grandmother – turns up at the celebrations, there are amazing Queer family secrets to uncover. Shiva Raichandani not only plays the non-binary Madhav but also writes and directs. It’s an absolutely enchanting but also hugely relevant film about identity and family love.

Stockholm is a disturbing and at times confusing mix of a first Gay date, intercut with flashbacks to a dreadful episode of male on male sexual abuse. I got lost in the changes and think a re-edit might make the plot line clearer.

Birthday Boy is another story of the struggle for identity. Born Mila, but now known as Cesar, it’s a story about the struggles Trans people face not only with their family but with society in general. Do you please others or be your true self, it asks. As Cesar says: “ I feel I exist because I choose to exist”.

Some films will shortly be on release after the festival so best to check by searching the film title. Further info on BFI Flare at bfi.org.uk

look out for further BFI reviews at Scene