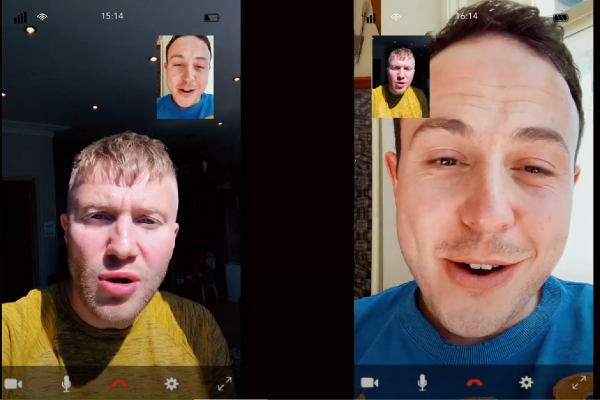 Writer James McDermott has written a novel lockdown mini-series that promises to be intriguing. Filmed by its two actors Kane Surry and Elliott Hadley on their phones, it’s directed and edited by soap director Leon Lopez and all in isolation.

Barely a few minutes long, it could become as addictive as any Emmerdale or Corrie. Surry is Adam stuck in London, and Hadley is Jake, his partner who is marooned in Italy – but the twist is he’s locked down with his ex.

The cleverness of episode 1 is that , it starts chatty, smiley, throwaway but soon the tension, the silence, the backbiting bitterness and envy set in.

It’s a film adage that less is more and though we don’t get much in this opener, it has promise to be a quite  gripping little tale, told weekly.

Catch Distancing on YouTube – it’ll take less time than watching the kettle boil and you may get hooked.