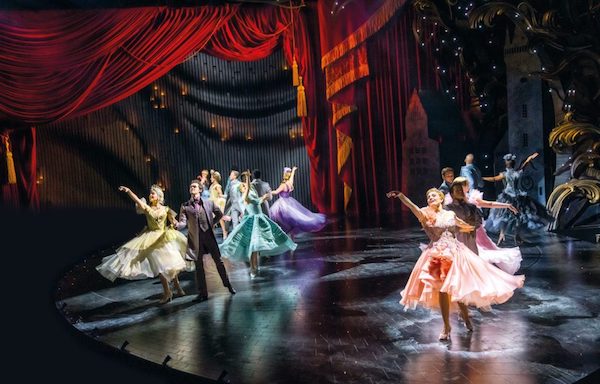 The story of a wretched girl who longs to go to the Royal Ball and escape her dreadful sisters and stepmother has had lots of incarnations – from panto and ballet to full-blown Rodgers and Hammerstein musical.

The hype around the launch of Andrew Lloyd Webber’s musical version of Cinderella was scuppered by the pandemic on not one but two occasions, causing it to open and shut and making audiences wary of booking.

I’ve been a sceptic all along its precarious journey, but two good friends persuaded me to see it before it shuts next weekend. And wow, am I glad I did succumb.

Carrie Hope Fletcher in the title role is megastar quality. Her feisty, grunge-looking rebellion is wonderful, and is matched by an incredible singing voice that is a joy to hear in the magnificent, soaring songs.

Ivano Turco plays the awkward second-in-line Prince Sebastian with a coy, self-effacing charm that is blown apart by his dancing and his fantastic powerhouse of a voice – especially in Only You, Lonely You – the outstanding song of this rather long show.

Comedy comes at you from all directions – not only Georgina Castle and Laura Baldwin as the TOWIE sisters Marie and Adele, but the comic brilliance of the truly dreadful stepmother of Victoria Hamilton-Barritt. Her duet with Rebecca Trehearn’s Queen – I Know You – will become a staple of drag queens everywhere.

If you’re lucky enough to to sit in certain seats you become a full participant in the Palace Ball, but other than that the scenic elements – by Gabriela Tylesova – are fairy-tale and delightfullly playful. Killing Eve writer Emerald Fennell provides a book that surprises and is ultra-modern and relevant and David Zippel’s lyrics are clever and thoughtful.

There’s a lot to keep a queer audience happy – from the muscular-yet-camp courtiers, the Hunks, who are full of testosterone and a lot else too. And there’s even a gay marriage – not the principals – which seems a bit token-ish but is a crowd pleaser.

So why is it closing? Multiple reasons, I guess – it’s now playing to big houses, but not big enough, and it has had a very rocky ride in its year or so on and off the stage. In my mind it’s one of His Lordhsip’s best musical scores, giving a nod to Herman, Sondheim, and his own previous shows, and with a few cuts, could be up there with Phantom and Sunset Boulevard.

It’s scheduled for Broadway next March and I bet it’ll be back in the West End before the clock strikes midnight.

Cinderella is at the Gillian Lynne Theatre, London until June 12.