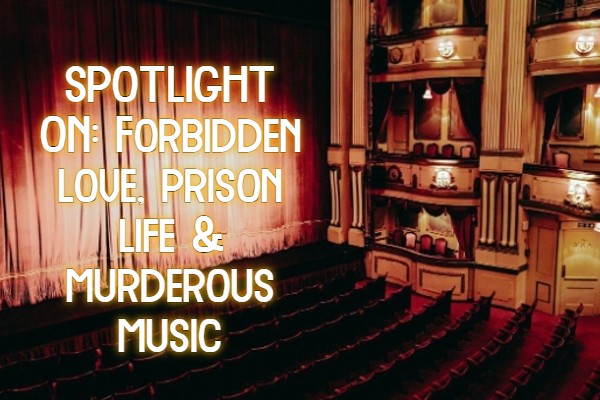 Brighton’s Theatre Royal has dramatic and musical treats in store in its first 2023 season. The nation’s favourite movie, The Shawshank Redemption, kicks us off. Despite protesting his innocence, Andy is handed a double life sentence for murder and has to hatch a life-saving plan. Starring EastEnders’ Joe Absolom and London’s Burning’s Ben Onwukwe, it runs January 23 – 28.

Noughts & Crosses, which runs February 21-25, is a tale of forbidden love. In this alternative world the two tribes of Noughts and Crosses sit across racial and social divides. Malorie Blackman has created a new take on Romeo and Juliet in this captivating drama.

Another great film to get a stage treatment, Steel Magnolias runs February 28-March 4. Six women come together in a small town beauty salon in the American South and prove that female friendship conquers all. Its cast includes Call The Midwife’s Laura Main, The Archers’ Lucy Speed and Diana Vickers.

If feel-good musicals are up your street then Fisherman’s Friends, which runs from March 7-11, will fit the bill. Based on the true story of chart-topping Cornish singing sensations and their hit movie, it’s a journey of friendship, community and music. It includes Corrie’s James Gaddas, last seen at the Theatre Royal in his own re-telling of Dracula, and X Factor’s Anton Stephans.

Following two smash hit West End seasons, let’s visit Westerberg High’s Veronica Sawyer – just another nobody dreaming of a better day. But when she joins the beautiful and impossibly cruel Heathers group, her dream of popularity seems within reach. But mysterious teen rebel JD teaches her that it might kill to be a nobody, but it is murder being a somebody. Heathers The Musical runs March 14-18.

Brighton crime writer Peter James brings his famous policeman Grace back to the stage with Wish You Were Dead. Starring Giovanna Fletcher, Clive Mantle and George Rainsford, it finds Det Supt Roy Grace on holiday away from murder and mayhem with Cleo Morley – but the couple’s escape doesn’t last long. It runs March 20-25.

Star of TV thriller The Serpent, Jenna Coleman teams up with Poldark’s Aidan Turner in a tender and funny rom-com about what we say, how we say it, and what happens when we run out of words. Lemons, by Sam Steiner, runs March 28- April 1.

BAFTA-winner Jessica Ransom (Doc Martin), Diane Keen (Doctors) and EastEnders’ Neil McDermott lead the cast in a thought-provoking new comedy by Laura Wade. Home, I’m Darling was a wow at the National Theatre and in the West End, winning an Olivier in 2019. It runs April 11-15.

Apart from being musically brilliant, two opera offerings are bound to create poignant moments as the Ukrainian Opera and Ballet Theatre from Kyiv give us operas La Boheme and Madama Butterfly. Two tales of doomed love you won’t want to miss. They play April 25 and 26. I expect standing ovations.

And finally The Way Old Friends Do is a new comedy by Ian Hallard. Two old friends reunite to form the world’s first ABBA tribute band – in drag. Can their friendship survive life on the road when a distractingly attractive stranger appears? It’s directed by Sherlock’s Mark Gatiss and features the voices of Miriam Margolyes and Paul O’Grady. What’s not to like?  It runs May 2-6.

More information and for details of an extensive series of one-nighters go to atgtickets.com