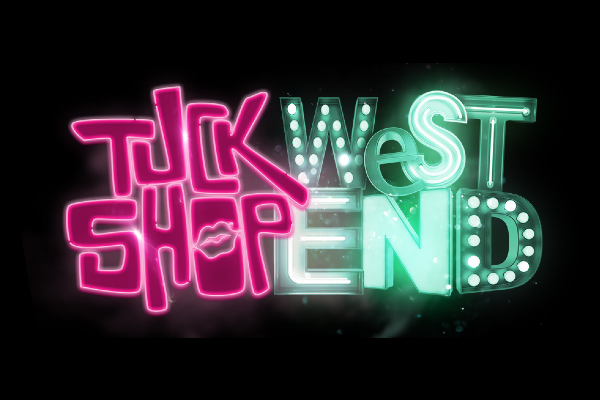 I first met Christopher Clegg when, between other theatre work,  he was manning the bar at now-lost Soho pub Molly Moggs. His alter ego drag artist Rosie Beaver sprang to light there but these days he’s a successful theatre producer – having just had Death Drop – the Dragatha Christie musical show in the West End full of drag royalty – kings and queens.

The genesis of his new show Tuck Shop came before Drag Race really took off in the UK. His idea was to look after drag acts to make sure they had proper contracts . Shows like Gals Aloud and a panto emerged and it was an organic process to a season of shows now that drag has become mainstream on tv.

Nimax Theatres have now signed him up to provide a different drag show every night for a fortnight at the Garrick Theatre – one-person shows with supporting performers . And there’s also the first all-Drag King night in the West End , curated by LoUis CYfer , and  one show entirely done by performers of Colour.

Christopher told me: “ I see it developing as a franchise” , and he has ideas to take it round the UK.

7 August: The Cocoa Butter Club – a showcase for performers of Colour

8 August: Drag Me To The Musicals – a salute to musical theatre with a drag twist and West End stars