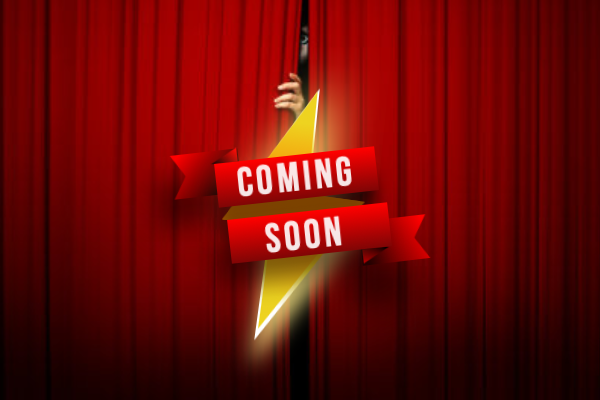 Seems like everything’s coming up Sondheim, to coin one of the great man’s songs. Fans of the late, great Stephen Sondheim have a variety of treasure chests  to open in the coming weeks. There will be a revival of the rare and obscure Anyone Can Whistle, what the publicists call a “re-imagining” of the dark and troublesome Passion, a new version of Gypsy about the famous burlesque dancer Gypsy Rose Lee, and a blockbuster one-night Gala courtesy of Cameron Macintosh. And if your tastes lie elsewhere, there’s a new version of the Queer musical Hedwig and the Angry Inch.

Alex Young will star in a new production of Arthur Laurents’ and Stephen Sondheim’s 1964 musical Anyone Can Whistle at Southwark Playhouse. It runs 1 April- 7 May. A political satire, it’s about conformity and the ostracisation of those considered “other” in society. Set in a fictional town where the government controls everything, even the miracles, this fast-paced and off-the-wall musical combines humour and subversion. Tickets- southwarkplayhouse.co.uk

The producers say they have “re-imagined” the show, re-energising this tale of love, sex and obsession”. It certainly needs a revamp from the original I saw many years ago starring Maria Friedman and Michael Ball, as it deals uncomfortably with physical repulsion, and mental health issues. I’m intrigued. It runs 5 May-5 June. Tickets: hopemilltheatre.co.uk

Another musical theatre Olympian – Joanna Riding -will lead the cast of Buxton Opera House’s revival of Gypsy, penned by Sondheim and Jule Styne. She will play the monumental role of Mamma Rose, mother to the famous burlesque performer Gypsy Rose Lee, and it’s of course coming up with not just roses, but many glorious tunes. It runs 7-24 July. Tickets – buxtonoperahouse.org

The show will be at the Sondheim Theatre, London, on 3 May and the gold-dust tickets go on priority sale on 15 March. Rumours are it’s being filmed for later transmission. It’s choreographed by Brighton-based Stephen Mear, who told me about his Sondheim connections: “ I was in the 1987 production of Follies, as well as working on productions of A Little Night Music, Putting It Together and Gypsy. I was so lucky to get to work with him. He was so lovely..pure genius”. All profits from the gala go to the newly created Sondheim Foundation which will help composers, playwrights and lyricists. Ticket details- sondheimfriends.com

Stephen Mear’s partner Mark Smith will be choreographing a new version of musical Hedwig And The Angry Inch, starring drag queen Divina De Campo in her first leading stage role. It’s at Leeds Playhouse 2-23 April and HOME Manchester 27 April-11 May. It has illustrations by non-binary artist Jua OK! If you don’t know the show, it explores the notion of gender expression and identity. Tickets – leedsplayhouse.org and homemcr.org

Sidney Fox’s Crime is a new play based on the true-life story of Sir Sidney Harry Fox, a rent boy who slept with the great and the good and doubled as a fraudster.When his mother was found dead in the Margate hotel where she and Sidney were staying, he was accused of her murder. Set in 1929, it centres on startling revelations at the autopsy and the homophobia of celebrated pathologist Sir Bernard Spilsbury. It’s penned by Taggart creator Glenn Chandler, whose enchanting The Pleasure Garden enthralled audiences last year at Above The Stag. This play runs there too 20April-7 May. Tickets abovethestag.org

And finally, if you want a little bit of scary bite in your life, spread your vampire wings and head to Brighton’s Theatre Royal for one night on 4 April when Bad Girls and Corrie star James Gaddas takes on the Count and 14 other characters in a one-man fright fest as Dracula.

Intriguingly the publicity says:” what if it’s not a story – just a warning ? Just the beginning?” Tickets – atgtickets.com