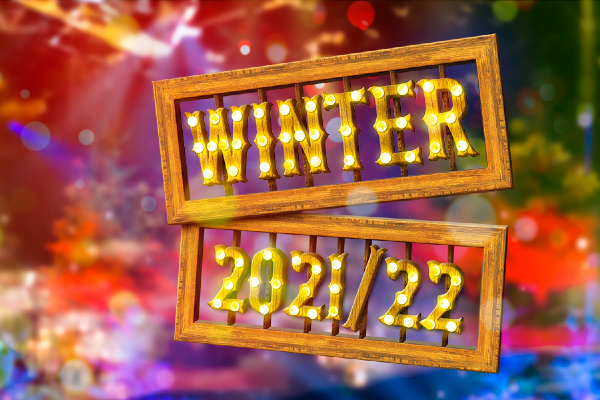 But first, finishing off the  Summer Festival season is David Storey’s classic 1970 play Home. In a neglected garden five people engage in small talk but things are not what they seem – not even the garden. Runs 8 October – 6 November.

3-6 November East Is East : the smash-hit comedy celebrates its 25th birthday. It’s Salford in the 1970’s and George Khan hopes to raise his family the Pakistani way. The cast is led by Tony Jayawardena and Sophie Stanton. On 9 and 10 November David Suchet talks us through his long illustrious acting career – featuring Poirot of course but also Lady Bracknell and Cardinal Benelli. All proceeds go to UK Harvest,  a charity aimed at eliminating hunger and food waste.

1 November Olivier Award-winning actor Henry Goodman, no stranger to Chichester, appears in Elegie with pianist Lucy Parham. It chronicles the life of composer and pianist Sergei Rachmaninoff and features some of his greatest works.

23-27 November three award winning audio plays from the Papatango New Writing Prize will be available at the theatre via headphones. If fake news is your thing then you can catch a bucketful of it in the aptly named Fake News 25-7 November. It’s the story of TV journalist, turned actor and playwright Osman Baig – sometimes the real headlines are between the lines.

The hit tv comedy series The Good Life comes to the stage for the first time from 30 November-4 December. Rufus Hound and Preeya Kalidas star. An Evening Without Kate Bush is just that. Dance on the moor to Wuthering Heights but Kate’s not there. Sarah-Louise Young teams up with theatre maker Russell Lucas to explore the music and mythology of one of the most influential voices in British music. Runs 1-3 December.

Posting Letters To The Moon ( 4 December ) is an evening of war-time letters between actress Celia Johnson ( Brief Encounter ) and her husband Peter Fleming, read by their daughter Lucy and actor Simon Williams. The Christmas treat is the Festival Youth Theatre in Pinocchio- the magical tale of the puppet boy ( 18 December- 1 January 2022).

12-16 January sees Fantastically Great Women Who Changed The World come to the stage. It’s a new pop musical telling the story of Jade who breaks away from her class to peak behind the scenes at the not-yet-open Gallery Of Creatures at the local museum. Along the way she meets wonder women like Frida Kahlo, Rosa Parks, Amelia Erhart, Marie Curie and Emmeline Pankhurst. It features Christina Modestou and Renee Lamb – two of the original Queens from the great sensation that is Six The Musical.

Doubt – a Parable, is set in a Roman Catholic Church and school in New York’s Bronx in 1964. Sister Aloysius is driven by fierce moral conviction and Father Flynn is a charismatic preacher who wants to bring the church closer to the community. Mrs Muller is the mother of Douglas, a12-year-old altar boy. What unfolds is a story of suspicion, judgment and doubt. It runs 22 January to 5 February.

The Play What I Wrote  ( 8-12 February) is a clever comic play within a play. Hamish has written an epic play set in the French Revolution. Sean, on the other hand, wants to ontinue with their double act. He believes that if they perform a tribute to comedians Morecambe and Wise, Hamish’s confidence wil be restored and the act will survive. Sean needs to persuade a guest star to appear in the play what Hamish wrote. And in reality there will be a different guest star each night at Chichester to fulfil the promise.

And last but by no means least the wonderful Penelope Keith appears in Two Cigarettes In The Dark – a bitter-sweet comedy about facing the end of life. It’s said to be funny and poignant – full of home truths, and hidden regrets. It runs 17-26 February.

More information and tickets at cft.org.uk

Something there to please everyone.