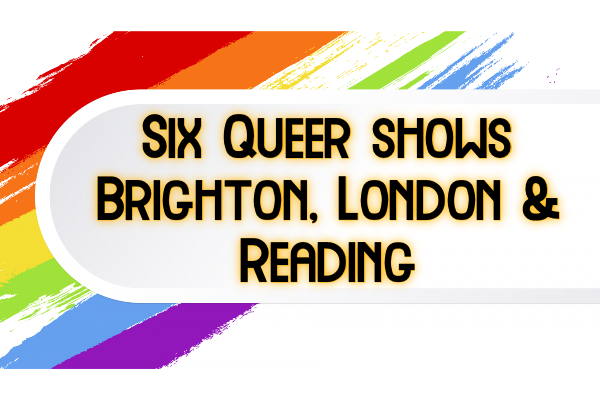 Start 2023 with some exciting theatre offerings with queer stories.

This version explores how the most famous female character in modern drama is trapped within a life that’s chosen for her. It stars Anna Popplewell, best known for playing Susan Pevenslee in Disney’s The Chronicles of Narnia. She makes her theatrical debut in the title role. It’s directed by Annie Kershaw, co-founder of A Girl Called Stephen, a company established to promote, present and produce work written by/for/with women and the LGBTQ+ community. Tickets at boxoffice@readingrep.com

In a raw and updated version for 2023, Tony-winning Dipietro takes a sharp look at the experiences of modern gay men as they navigate their conflicting desires for the comfort of monogamous love and the thrill of sexual freedom. It’s likely to be a sexy, incisive and hilarious night out. Warning: it contains homophobic violence and nudity.

A highlight of Brighton Dome’s spring season has got to be the official RuPaul’s Drag Race UK Tour on April 15. Equally outrageous and exciting, it features the 2022 winner Danny Beard and Brighton’s own Pixie Polite, as well as all the other contestants from last year’s series. Info at brightondome.org for this and the rest of their season.

Arriving at his latest theatre, long-running panto dame Harold Thropp finds that he’s been moved to a dilapidated dressing room. As he paints himself into the character, he reveals some traumatic secrets and prepares for an unexpected act of retribution on one of his co-stars. Philip Meeks has written a sharp and bitchy profile of a Gay man on the edge. I saw a previous production of this show – Twinkle – in Brighton pre-covid and it’s totally gripping.

It’s at the Drayton Arms Theatre, London from January 17-21 and then back again in July. Tickets – thedraytonarmstheatre.co.uk

Homing Bird Theatre is an emerging company aiming to make theatre by and for the LGBTQ+ Community. They make their debut as part of the Vault Festival in February with the play Grey Area. The show has two separate outings at Network Theatre, Waterloo and the King’s Head, Islington.

It’s a semi-autobiographical non-linear play exploring the boundary between self-care and egotism in queer relationships affected by mental health issues. It brings its audience into a world of mirrors, designed by award-winning Ioana Curelea. It stars Jonny Peyton-Hill, who also wrote the piece. I first saw him in an adult panto in Vauxhall – he’s got a magic stage presence. Tickets at homingbirdtheatre.com

And finally, after several highly successful outings (no pun intended) My Son’s A Queer (But What Can You Do?) returns to the West End.

At the age of 12 Rob Madge tried to stage a full-blown Disney parade for his grandma, playing Mary Poppins, Belle, Ariel and Mickey Mouse.

This autobiographical re-telling of social media star Rob’s life sets out to re-stage the parade, and this time nobody’s gonna rain on it.

It runs at the Ambassadors Theatre, London from January 25 to March 18 – you’d be crazy to miss it. Tickets at atgtickets.com