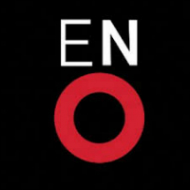 A new version by Peter Sellers

In this vibrant production, devised by acclaimed director Peter Sellars, the rich and transcendent score of Purcell’s final unfinished opera is reworked around a new text and the inclusion of a number of Purcell’s most ravishing religious anthems. This new retelling of The Indian Queen recounts the initial confrontation between Europeans and the Mayans of the New World through a personal account from the female perspective.

Although not wholly convincing as an Opera and certainly not The Indian Queen by Purcell, its addition of other Purcell anthems and sacred texts and the compelling narrative from Rosario Aguilar’s Novel The Lost Chronicles of Terra Firma read by the mellifluous voice of Maritxell Carrero and woven to drive the narrative engine of this piece makes this a feast for the soul.

The novel (and the text) speaks from the viewpoints of women from the conquest of the Americas by the Spanish Conquistadors, both native and Spanish and gives a first person urgency that echoes the plaintive perfection of Purcell’s music. It also presents a female focused journey though this text and opera which lifts the whole work up into a different realm indeed.

Its premier in Madrid caused tension, I suspect as much for its challenging of the macho centric histories as for the stylistic presentation of the appalling genocides perpetrated on the South Americans by the Spanish armies.

With huge paintings by Chicano painter Gronk forming the backdrops that lift and fall on the ENO stage backing up the drama with their abstract scribbling’s from ancient Mayan coloured palate this looks terribly modern to the eye, but with the elevated orchestra of the enlightenment in the pit and the sublime music of Purcell soaring though the auditorium conducted with sophisticated aplomb by specialist Laurence Cummings, this is as huge a clash of cultures as is depicted on the stage.

It can be a savage clash, brutal, harsh and unkind but can also lead to moments of transcendental beauty as when Soprano Crowe sings O Solitude and is startlingly lit by the clever lighting from James F. Ingalls.

This wrestling for dominance and meaning affects the end result though and is confusing and distracting, not least of all by the dancers, who although accomplished and interesting are rammed in and out of the action with no real feeling for the flow of the music or with any relevance other than a surtitle announcing the pretentious title of the dance.

I tried to image a Mayan Codex and the pictorial rhythms being picked out by the dancers but was defeated.  I felt the choreography by Christopher Williams was out of place which was a pity as I would have enjoyed it if it was not embedded into this Purcell, but this opera would have been better served had the electronic rainforest sounds and the endless dancing interludes been cut.  My companion was thrown and confused by the dancers, not connecting them to the narrative or understanding quite what or who they were meant to portray, their earthy, ‘Rite of Spring’ gyrations also played harsh against the delightful continuo accompanying them.

Young Soprano Julia Bullock, debuting at the ENO in this production was wonderful, filling her role and song with emotive conviction, full of anguish, longing and sensuality she brought a vibrancy to the role that convinced from the off.

Openly gay and 100% stunner tenor Noah Stuart, also debuting at the ENO, acted far more than he sang and is a fine muscled figure of a man to watch writhe and dance, his voice – when used- gives gravitas to the Don Pedro de Alvardo and he is just as fine to look at as to listen to.

Lucy Crowe brings the full weight of her voice to Dona Isabel really lifting this production up into a place where the subtle soft harmonics of Purcell can brilliantly shine, she was never less than tremendous and gave us the highlights of the evening, her duet with Bullock late in the second half was magnificent.

Then there was Counter tenor Vince Yi, another debut performance, who’s unearthly pure tones gripped the audience and combined with counter tenor Anthony Roth Costanzo transfixed us with their duet, it’s been a long time since I’ve heard such clarity and precision with a duet of strength such as this pair produced, let’s hope we get to hear them both again.

With baritone Luthando Qave and tenor Thomas Walker adding their voices, this was a cast of rare talent producing some interesting textured performances; it was also one of the most ethnically diverse casts I’ve ever seen on an English opera stage.

So this is a complex work but then director Peter Sellers doesn’t make things easy for us, just tasty and multi layered, hinting at modern Latino persecutions as much as a tradition of female activism and the absorbing and adoption of cultures in the New World.

There are many themes, perhaps too many and the suggestive hand movements of the singers and chorus echo the colouful glyphs and stylised behaviours of the pre-conquistador cultures, but some of this just obscures the singing and occasionally looks plain silly. It’s also far too long in this state and would work much shorter.

Over all this was a piece to marvel at and the discordant pieces slowly merged to become something other, a musical magical realism that merged and heaved on stage, not one thing, not another but parts of all, a Mestizo Opera indeed. Perhaps this was Sellers aim; to show us the merging of art and time, culture and civilisation, perspective, lies and the ultimate truth of the dark sensual heart, whatever he was up to Sellers has presented us with a compelling narrative and musically interesting opera worth going to experience for its seductive feminista perspective on this; the most bloody and brutal of cultural clashes.

There is a moment when Carrero says she has taken on all of the Spanish religious rites but she seems nothing in the behaviour of her husband of the mercy that so infects the liturgy, this opera is also without mercy, but not without a singular startling tenderness that reaches out and embraces.

The Indian Queen is sung and surtitled in English

For more information or to book tickets click here: