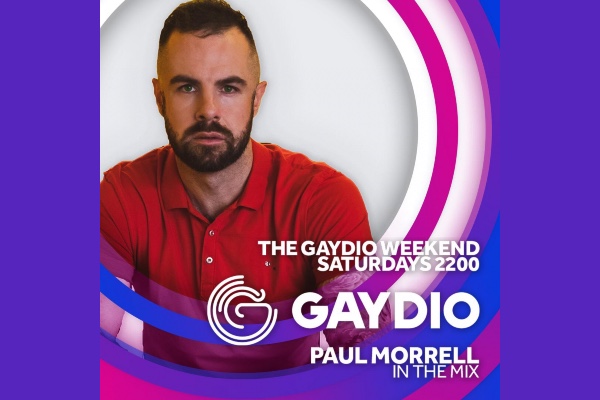 DJ Paul Morrell (London XXL and Ministry of Sound resident) will be joining the Gaydio team presenting the prime time show from 10pm on Saturday evenings from August 8 across the whole Gaydio Network.

Paul recently had two Billboard dance number ones having remixed Ava Max and her huge number one single Sweet but Psycho, which has amassed over five million streams on Spotify, and the Kelly Clarkson single Heat.

He has collaborated with the likes of artist Kelli Leigh, Amanda Wilson (Avicci) and Laura White (Rudimental, Galantis), and has headlined Birmingham Pride many times. Paul recently did his first gig since lockdown playing on top of the Ramada Hotel in Coventry which was aired live to all the fans celebrating Coventry FC‘s promotion to the Championships.

Paul’s new show will be playing a mixture of dance classics as well as the latest cool cuts. He will also be interviewing big global stars from dance music, on stage as well as behind the scenes.