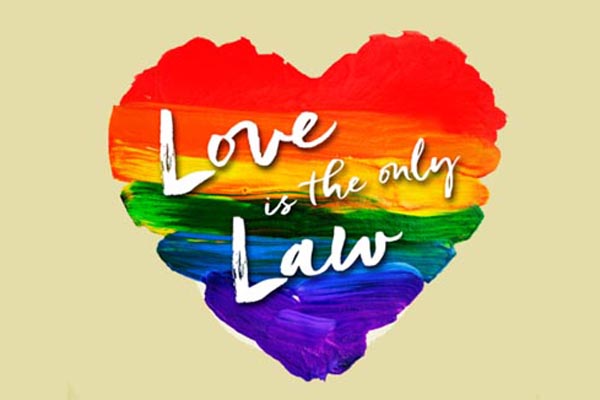 Eastenders Star June Brown MBE joins Union J singer Jaymi Hensley and a host of LGBT+ celebrities to record a charity single and video to mark the 50th anniversary of the partial decriminalisation of homosexuality in England and Wales.

2017 is a special year for LGBT+ communities as it marks the 50th Anniversary of the Sexual Offences Act 1967.

To celebrate La La Music UK and Klubkidz Productions are releasing a single Love is the Only Law to celebrate the achievements of the past 50 years at the Groucho Club, Soho on Sunday, December 3 at 7 pm.

The single is the brainchild of 4 Poofs and a Piano star David Roper who joins forces with new recording artist Lady Bee and KlubKidz  producer Jason Prince (host of Keza and Jason show on Gay One Radio Malta).

Together with former activist Lynn Sutcliffe of Mighty Productions, this team of friends has written the inspirational, bittersweet and moving song, Love is the Only Law

With the blessings of movie producer and former George Michael manager, Simon Napier-Bell, the songwriters were inspired to compose the lyrics for the song after attending the premiere of his movie 50 Years Legal.

The project has expanded with the involvement of TV celebrities, pop stars, youth groups/students and popular entertainers from the LGBT+ communities.

LGBT+ Youth Project And Friends – Love Is The Only Law – will be released on December 3, 2017 and will be supporting The Albert Kennedy Trust, as their work specifically helps young LGBT+ people who are facing homelessness, living in hostile environments or experiencing abuse for simply being who they are.