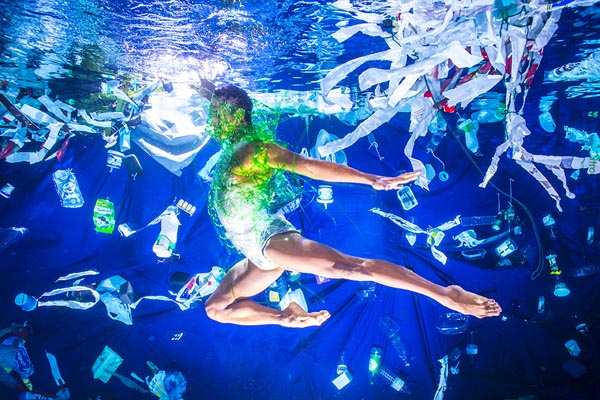 INTERNATIONAL same-gender ballroom dance champions Axel Zischka and Thorsten Dreyer have been confirmed as part of the line up for a very special charity show that will take place in the Susie Sainsbury Theatre at the Royal Academy of Music in London on the evening of Thursday July 18.

Fernando Montano and Friends is the annual charity fundraiser organised by Latin America dance star and Royal Ballet Soloist Fernando Montano. This year’s theme is Dance for the Sea as it is raising funds for the Marine Conservation Society and awareness of the issue of plastic in the ocean.

Fernando is directing and choreographing the show, which is sponsored by Rakuten, and is delighted that Axel and Thortsen are able to perform.

He said: “It is truly amazing to see them dance together, especially the speed and intricacy of their foot movements and the grace that two men can bring to ballroom. I am convinced that same-gender couples should be invited to perform on Strictly Come Dancing as I know they would add a very special additional element to the competition and I hope that our event can act as a showcase for that as well.”

Other big names performing alongside Fernando, Axel and Thorsten include West End star Oliver Tompsett whose many lead roles include Guys and Dolls, We Will Rock You and Kinky Boots, and one of the worlds leading opera stars, the amazing mezzo-soprano Justina Gringyte who will soon be reprising her role as Carmen in the English National Opera’s forthcoming production at the Coliseum.

Axel and Thorsten have been competing together internationally since 2017, dancing the English Waltz, Tango, Viennese Waltz, Slow Foxtrot and Quickstep. Together, they won the German Championship title in 2017 and became World Outgames champions in Miami the same year. Other highlights include being finalists at Gay Games 2018 in Paris and at the European Championships 2017 in Berlin.

They have also won numerous international titles with other partners and Axel performed at a previous charity show for Fernando in 2015 at the Britten Theatre when the audience included HRH Princess Alexandra and Hollywood legend Leslie Caron.

He said: “It was an astonishing evening and a great experience to perform at such an event and we were thrilled to be given a standing ovation after our Tango so I hope we can surprise and entertain the audience again this year when I perform a Waltz and Tango with Thorsten and we are honoured to have been invited to be a part of such a great line up of artists.”

Axel and Thorsten both started competing in mainstream competitions in Germany as teenagers and won several regional championships before beginning international same sex dancing competitions in 2010 and 2009 respectively and then competing successfully in European and World Championships. Axel is based in Paris whilst Thortsen lives and works in London.

All proceeds will go to the Marine Conservation Society.

Event: Dance for the Sea: Fernando Montano and Friends