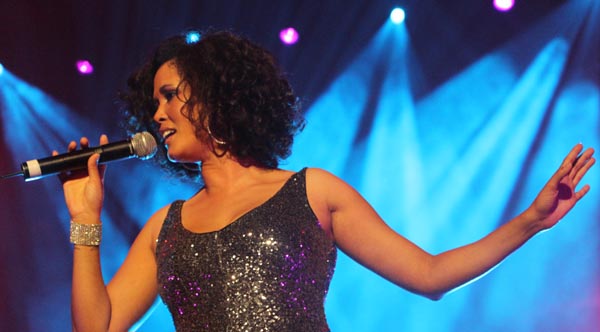 There’s not much to say but to offer ecstatic praises for Belinda Davids’ Whitney Houston tribute show so aptly titled The Greatest Love of All.

THIS lavish production boasts many fine details, such as an accurate representation of what the iconic singer was known for – from her stage presence and powerhouse voice to the iconic red high neck dress from Houston’s 1993 Billboard performance of I Have Nothing.

Davids’ vocal ability and agility are a ridiculously unparalleled resemblance of Houston’s trademark sound. One would almost believe that it were actually Houston herself as she gracefully waltzes off stage and into the crowd with her bodyguard.

The Greatest Love of All features every hit a Whitney fan would want to hear, including a breathtaking rendition of One Moment in Time, anthem of the 1988 Summer Olympics in Seoul. An absolutely worthwhile show for any Whitney fan, great or small and one that would surely have made Houston proud.

Reviewed by Tin Nguyen at Hammersmith Apollo in London on April 17.